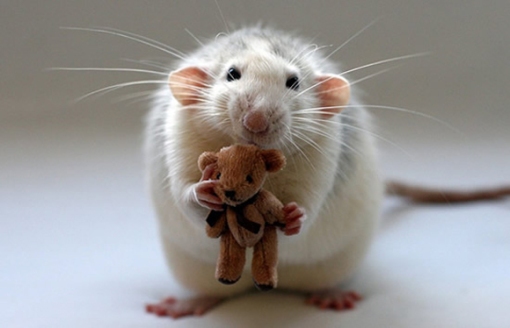 Sometimes I am kept up at night by all my first world problems. My tedious nocturnal ruminations are like a merry-go-round of super boring thoughts that spin, then stall and then lurch forward. It starts with what to do about my hair and ends with what to do about my cell phone plan, in the middle I think about things I have forgotten FOR A GOOD REASON. Like what was that man’s name from the gym who had a heart attack 10 years ago and owed me $40 from a bag of weed I delivered to him from my neighbour’s garden? He played Richard the III in Stratford in 2003 or 2004…Or was it King Lear? Off to Googleland. Never go on the computer in the middle of the night is the golden rule, it’s a black hole of virtual crack cocaine. Reddit.com, I’m looking at you. But try telling that to my insomniac, obsessive self. She is a Lady of a Certain Age, over-thinking her way through the wee hours of the night, plotting and fantasizing about a new world order. Obliterate all the stupidity! Write comments on all the blogs!

I’m not alone on the interwebs. I know this because when I log on to the Facebook, some of you are there. Of course you live in the U.K. and have passed through the night like champions and are rationally going about trolling through your newsfeed of LOLmemes and oh-so-clever and informative Huffington Post blog links while the bats over the Atlantic are struggling to make sense of Bejeweled Blitz. I am jealous of your time zone. I would like to live in the morning all the live long day, 24/7. Like Groundhog Day only mercifully shorter.

I’m also not alone in the house. The tube-shaped dog is sprawled at the foot of my bed and the kids are upstairs dead to the world. They are teenagers and sleep is their forte…they should change the expression from “I slept like a baby” (what a joke, because babies “sleep” like hungry zombies) to “I slept like a teenager” because my boy sleeps like a snake in a warm air duct, you never even know he’s in the house for days on end until he needs to eat.

And there are mice in the house. They sleep in the day but get up at night to conduct their business. They came in last summer and loved my kitchen so much they invited their friends. I think they drink. Their chatter is ebullient and borders on hysterical. They sound like the mice version of the Guidos and Guidettes on the Jersey Shore: “Vinny, I’m under the toastah! There are freaking caraway seeds! I’m DTF undah the sink aftah we smush these!” The one I called Snooki impaled herself chasing a chard of spaghetti and getting stuck under the fridge last fall but I think she had babies and they are even more obnoxious than her. They started eating through wrappers of Caramilk bars and Kikkomen ramen noodles. That was the last straw.

They ignored it. I wrote “Tanning Bed” on the side, they still ignored it. My mouse-free neighbour said even if this boneheaded plan worked, they would come back in because they are smart. They are mice but they can out-fox a human.

I put out poison pellets. They blithely ate them all, an entire box load, but they little didn’t die. Instead, they grew six pack abs and made their way to higher ground. I brought out the big guns and one night in January, I put out 5 poison bricks. The next day, there were only 4 bricks. Yay, they must have eaten one, I thought, they’re going to die for sure!

I took Betty the dog out for a walk. Her poop was bright green. Her life flashed before my eyes: Little baby Betty chewing on flip flops, teenage Betty barfing on the carpet, middle aged Betty watching “Glee” on the couch. I called the vet to arrange cremation but he told me not to worry, bring her in the morning. While she ate a toxic amount for her 15 pound frame, a month’s worth of Vitamin K twice a day will help coagulate the blood. She will live after all! And so would the Jersey Shore (in my house and for a new season!) and the 4 remaining bricks would have to go in the trash.

So I literally called in the army. My friend Bob, back from a tour of duty in Virginia(!), came over on Monday and set up the old-fashioned wooden traps and strategically placed them through out the kitchen. “I will come in the morning and remove all the carcasses,” he said gallantly as he left.

That night I went to bed super-early, excited to wake up like a kid on Christmas morning. At 10:30, I heard a SNAP! I didn’t get up, too freaked to move. I slept right through the night though. When I got up at dawn, there he was, one big mo-fo of a mouse, slapped belly up, head in a smear of peanut butter, legs splayed. Something had prolapsed or he was very well-endowed. I called him The Situation and picked him up with a plastic bag and dumped him in the recycling bin.

It’s been a couple of nights, and the other mice have been unusually quiet, maybe they moved to Italy. At any rate, here are the “human” Jersey Shore boys, they are quite endearing here:

Together again, in Heaven, these two #budweiser ❤️