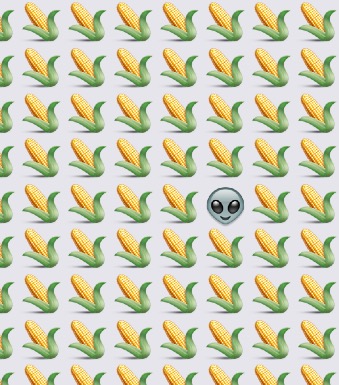 So I’m back from my week-long trip to Middle of the Cornfield, U.S.A. It was actually an epically planned date from a 3-month-long intense OkCupid romance in case you haven’t been following (scroll back the archives) and if you have you are probably wondering: Can long distance romances work?

Yes they can! They are awesome! Because when the dude, in my case, he who shall never be named outside my therapist’s office (which is the liquor store), decides he has the right to change his mind and spontaneously go all iceberg on you, he can just stealthily disappear into the ether after he dumps you at the airport. There’s no luxury of driving by his house and maybe knocking on the door to ask what the fuck just happened. WHERE HAVE ALL THE HEART EMOTICONS GONE? You won’t be running into him foraging at the Walmart, you won’t get to push your cart into his accidentally on purpose and maybe knocking him over in the process, fucking spineless asshole motherfucker.

HOW DO YOU MEND A BROKEN HEART?

Bitches need closure, right? Well not this ho. This isn’t like calling up an employer after a job interview to ask why you didn’t get hired and they tell you it’s because you are still rocking the dusty DOS and you better fucking upgrade your computer skills in this century. That would actually be helpful in your future endeavours. My daughter, who just turned 21, with all the bravado of youth, suggested I call and ask what went wrong. Because mature people do that sort of thing, they have civil conversations while they perform their love autopsy, then blithely move on to the next disaster, this time chewing with their mouths closed or trimming their pubes.  But I’m an old woman, I’ve been around the block before, I recognize the tree. There is no fucking point in closure. If a dude wants to slink away without saying goodbye, then let him go. You may have stepped on the wrong eggshell at some point and go over and over in your mind what you could have said or done that was wrong but why would you want to? If you have to worry about leaving a proverbial crumb on the counter (which could have very well been my crime) or measure your words before they plop out of your pie hole because heaven forbid if you sound like a smug ass know-it-all, then fuck him. This is fear-based behaviour because he has issues beyond the abilities of what pharmaceuticals can fix and it’s not my fucking problem, it’s his.

What lay beneath him wasn’t quite what I thought but lucky that I am an old bitch because I kept an inventory of all the red flags in the back of my mind so none of it really came as a surprise. Don’t get me wrong, on the surface he was a gracious, generous host and polite and gentlemanly but sometime around Day 3, there was a palpable shift like something died and was replaced by a barrel of insidious simmering anger in the form of snark. Frederick’s of Hollywood could not save this fantasy.

But! Whatevs. Here are some trip highlights because I actually had fun despite the inner turmoil:

1.  The town diner. I ordered a club sandwich and a bottle of Bud. I GOT CARDED BY THE WAITRESS! I’m like what?! Maybe my infantilizing fuzzy pink scarf is covering my baggy neck but I handed her my passport, and she was like huh, and I said I was 51 in dog years. We laughed, and he who shall not be named was incredulous. This happened only one time though. I drank half the liquor supply in the state of Illinois, you know, to soothe my feelings, and no one else batted an eye. I think I aged about 10 years that week.

2. We went to roadhouse-type strip club which I ended up loving so much I even Yelped about it. It was kind of retro with 50s pinup girl posters and real rugged dudes sitting around the bar being served 8-dollar pitchers of beer by a crusty but friendly barmaid. The girls were young, plump and cornfed, with real swaying boobs and cotton underwear. After they performed on stage to some hair metal band song, they would go around the bar and shimmy up to each of the patrons, and offer to squish their titties up in their face for some motorboating for a mere dollar. Seriously a dollar. It’s like you can’t afford NOT to partake in this.

3. The Santa Claus Parade in the town square where Abraham Lincoln and Frederick Douglas held their first debate. I became interested in the history of this and even wiki’d later when we got home. You won’t click that link because you just want to read about stripper tits but it’s not all about sex you know. The town was really pretty with lights and festive citizens (100% whiteys) and the parade was rocking. Then we went to see a movie at the local theatre where he who shall not be named found 2 dollar bills on the floor which he snatched up AND RETURNED TO THE CONCESSION STAND. Really? In case some kid lost it, he said. I know I should have thought this was a noble gesture but no, it was just dumb. I think by then I was starting to hate him as much as he hated me. But onwards.

4. Chicago. We went to the Billy Goat Tavern that is the basis of that Belushi “Cheeseburger, no Coke, Pepsi” sketch from SNL. If you are old, you prolly remember, but if you didn’t retain the seventies because of all the coke, here it is, it was CRAZY FUN:

5. Deep-dish pizza. Yes, please. We actually had a squabble at Uno’s, the original place where it was supposedly invented. It was about the toppings and I won’t go into it but he let me “win” and probably that was the last nail of my coffin. Still, deep dish pizza is heaven in the pie hole. Pro tip: It is better heated up the next day.

6. Television. You’re going to think this is lame but American TV is fucking awesome. But in particular and PLEASE DON’T JUDGE, I have discovered why lowbrow Americans love the Kardashians. I am not even remotely embarrassed to tell you I watched marathons of “Kourtney and Khloe Take the Hamptons” no less than 4 times. So what. I don’t say anything about you watching “Downton Abbey” which is the same thing only without itchy vaginas. But see how much time I had on my hands?

So, I got home safely, but profoundly sad that my hopes of living happily ever after in a small town exactly like Stars Hollow on the “Gilmore Girls” would lead to a life of domestic bliss and inspiration to write the Great American Novel once and for all. I cried for two days. But not two solid days. In between the bout of tears was some fits of rage that got me inspired to do laundry and stuff. This is the only way you can move on, you have to feel it, as deeply as you can, otherwise you just swallow it up and get all wretched on the outside. Just saying.

The cool thing that came out of all this has been how all my friends rallied around with all their support and thoughts and theories. The best one was from my resurrected ex who said something like: “Guys do not know about their emotions. That’s why they keep quiet and just disappear.” And they only come back married to someone else. I am doomed. But I have friends who love me. Heart emoticons abound.

Oh! Also: He totally lied about his height.