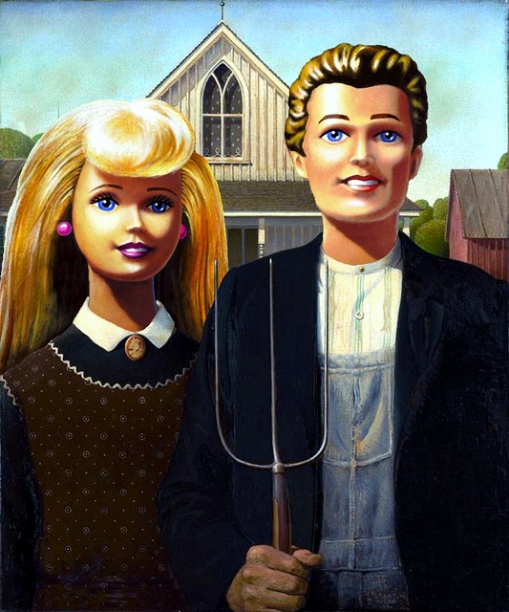 The other day, my friend sent me a link to an article in the Globe and Mail by Margaret Wente.  I never read the “Mop and Pail” anymore because they systematically dump their good writers and keep the shitty ones like this dumb bitch who writes this sophomoric article titled “the awful truth about being single.”  I put a link to it but I wouldn’t bother clicking on it if I were you because this is it in a nutshell:

Mary Tyler Moore was a trail blazer who paved the way for modern single ladies to live groovy lives in Liberty Village with their little dogs and social media outlets.  But when these young hos hit 35 and are still single ladies, TIC TOC ROARS THE CLOCK!  Lonely days, lonely nights!  Time to get some cats!  Single life is over-rated and pathetic, not glamourous like “Sex and the City,” it is more like “Girls” where people are ugly and love is a battleground.  Carrie Bradshaw from SATC says:  “The most exciting, challenging and significant relationship of all is the one you have with yourself. And if you find someone to love the you love, well, that’s just fabulous.”  But Margaret Wente’s epiphany is that the road to self actualization isn’t through independence but from a relationship that requires sorting someone else’s socks and squeezing the zits on another person’s back. There is nothing more rewarding!

And she finishes it all off with this Stepfordesque quote:  “You will be astonished by the person you become. And you wouldn’t exchange the richness of your married life for anything.”

It looks like somebody has been talking her meds!

This enraged all my single friends. She has set women back 50 years! I have to say, I do like all her tv references but clearly she doesn’t really know her “Sex and the City” or she would have known about all the trial and tribulations the characters go through like the sexual droughts, loneliness, poor choices, depressed vaginas, break ups, and dating men with these problems:  the politician who wanted to be peed on, the dude with the funky tasting spunk, the premature ejaculator, teeny tiny dick, horse-sized dick, Mr. Pussy,verbally abuse man, straight gay man, public sex guy, and the list goes on.  So how about analyzing this SATC case study, Margaret Wente:  When Charlotte gets MARRIED for the first time, her husband can’t even get a proper boner!  That is just SO RICH, you would never want to trade that for a golden shower with that silver fox who plays Roger Sterling on Madmen!  Fuck no, let’s just stay home and sort Trey’s socks and iron his plaid boxer shorts while he masturbates in the bathroom to Juggs.  How fulfilling.

Fictional tv characters aside, there is probably not a great deal of difference between the loneliness of a single person than of a married person. You can feel lonely when you are part of a couple and that is probably even worse type of lonely than if you are single and don’t want to be. Which do you think is more pathetic:  That couple who sit and eat by the window of a restaurant and have nothing to say to each other all evening or the single guy who sits at the bar alone on a Monday night because he can’t stand being alone in his apartment?  You can decide for yourself, but I’d rather be the single dude or his female counterpart who is home with her cats watching Mike and Molly.  You just know that the couple who have nothing to say to each other are secretly hoping that the other one chokes on a fat scallop and drops dead:  “I tried the Heimlich, I really did!  It must have really stuck!”

If loneliness is something you see as a foreboding disabling force that will send you into the depths of despair then maybe you really do need some quality alone time for self actualization.  Just saying.

I’m so self-actualized, by the way, I’m inside out.  Fuck Margaret Wente, I’m a single lady and I love it!

Don’t think just cuz I’m single, I’m an embittered dried up old hooker that I don’t believe love or romance. If I ever met the real-life version of Luke Danes from the “Gilmore Girls,” I would shoot that unicorn with a stun gun and if I had to, I would keep him smothered in my cavernous cleavage in a half-conscious twilight state so he wouldn’t bolt. I do think good couples exist. They are just not most couples.  I think we live too long for relationships that are supposed to last until you death do you part. Those unions were designed for farm folk where the women died in childbirth and the men remarried their line up of teenage sisters.

For most people, marriage is not very realistic. If you insist on making a legal union out of your love/lust confusion, it should be like a driver’s license and up for renewal every 4 years.  Then if it doesn’t work out, you wouldn’t feel like such a failure and you wouldn’t have to say DIVORCE, you’d just say you didn’t renew and then move on. Set yourselves free so you can even out the playing field for the rest of us.

There is no shame in being single.  Take some time, hold your own hand and get to know yourself, and fear not the loneliness because once you master that, you can probably handle the boredom of a marriage.  Here are some pro tips to help you on your way to self actualization:

1. Don’t read too many self-help books. You will suffocate in bullshit. If you are going to read one book, read The Four Agreements by don Miguel Ruiz, it’s super short and you can read it in an afternoon and it’s really all you need to help you navigate through your inner journey.  Dude keeps adding new agreements, ie. The Fifth Agreement!  What is that? Four was a perfect amount: Be impeccable, don’t take anything personally, don’t make assumptions, and do your best.  Master those and stay gold, Pony Boy!

Again, keep your self-help literature to a minimum otherwise you will become one of those people who keep posting daily affirmations on Facebook because they have become overly cleansed by power thinking.  In reality, they have become powerless unless there is a mantra to chant or a platitude to post on the fridge.

2.  Don’t forget your friends.  Not just the single ones, even the ones with spouses need friends to talk to about their shit, too, and they are secretly jealous of you. Make sure you have your phone plan set up for unlimited talk time with these hos because you’ll be yapping for hours and if you are using a cellphone, use earbuds because you might get a tumour before you get self actualized.

3. Don’t cyberstalk an ex-lover!  You need to dump them from Facebook and stop following them on Twitter and Instagram.  Not knowing is better than knowing in this case, ignorance is power.  When you do find out something that you didn’t want to know, you might be tempted to drink a bottle of vodka, eat a tub of ice cream, and have sex with the nearest person to which I believe are all valid responses.  A little bit of shame goes a long way to help pave your path to enlightenment, everyone is entitled to a fat, drunk slut phase.  Or as I prefer to call myself, a bloated bon vivant.  Don’t worry, that phase will end and you will replace it with something healthier like yoga or cutting your own hair.

I’m not really sure when it is that you actually know when you have become truly “self actualized” and who really knows what it means, but when you can handle being by yourself for extended periods of time, you are doing some fine work, keep on truckin’.

This is my favourite poem of all time since Grade 8 for your inspiration. This dude has it all going on (including a grammar error on the first line):

If I when my wife is sleeping
and the baby and Kathleen
are sleeping
and the sun is a flame-white disc
in silken mists
above shining trees,—
if I in my north room
dance naked, grotesquely
before my mirror
waving my shirt round my head
and singing softly to myself:
“I am lonely, lonely.
I was born to be lonely,
I am best so!”
If I admire my arms, my face,
my shoulders, flanks, buttocks
against the yellow drawn shades,—

Who shall say I am not
the happy genius of my household?

Like Loading...
Posted by Kristin Peterson. Categories: Get out of your comfort zone. Tags: globe and mail, margaret wente, mary tyler moore, Sex and the City, single and loving it. Leave a comment