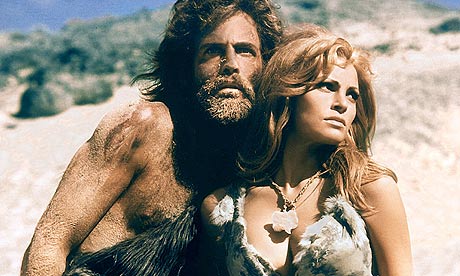 I had a couple million dollar ideas this week.  One of them is that I’m going to write a book of erotica…and keep reading because I’m going to add a steamy example of my titillating prose at the end of the post that you won’t want to miss.  It’s so hot in my head right now, I’m sucking on a popsicle.  Seriously I can do better than that 50 Shades of Shite.

But first, as not so much a million dollar idea but a 20 buck bargain, I am offering a service to help you men who are dating on-line with your lousy profiles.  Check out the top of the page and click on “The Dating Whisperer” and see what I am offering.  I am serious, all you cyber dudes could use a tweaking.

As you know, if you follow this blog, I hit it out of the ballpark on my first on-line date last month.  Even though I wasn’t looking for long-term love, I got exactly what I wanted because I listened to my instincts and didn’t pussy-foot around, so to speak. Make your needs known!  I cannot stress this enough. I’m not on any site currently but I have getting daily match-ups mailed to me from Match.com, which is a serious site, not like the one I posted on that I treated like a boner tracker.  I am fascinated by the buffoonery out there…and I’m not making fun of you fine fellows, you are all worthy of finding love!  But here are just 3 of the fatal mistakes I found in just one daily mail-out:

1.  “Rex59…age 53, is looking for women between the age of 30-39.  Wants kids!”  Um, are you fucking kidding me, Rex59?  You are 53 years old and you want kids? When you are 60, they will be calling you “Gramps” in the school yard.  They will laugh at you when they find out you are a father of a kindergartener. You are not Warren Beatty.  Either go to Thailand or broaden your search to women your own age.  Your sperm really should be contained and you should accept the fact that your ship has sailed.  Of course, if he were a client I would be much nicer but still firm.  Men like that make me mad and they need to know their place in the world.

2.  “TravelMan….I love to travel but (in caps no less) I FIND EUROPEANS TO BE GOVERNED BY GREED!”  Okay, what is that all about?  First rule, never lock the cap key on your profile, it makes you look insane.  Also you love to travel but you hate the people?  I mean, I get it, I hate some people, too, but not in lump form.  Why not simply say:  “I love to travel, but there’s no place like being with the one you love at home.”  This is killing two birds with one stone, you express your love of travel and your hatred of foreigners is carefully concealed in romantic sentiment.  #Winning.

3. “I’m looking for someone who is down-to-earth and doesn’t play games.”  Oh my God, that’s all of you.  And here is the truth:  There is no such thing as a down-to-earth woman, all of them are crazy game players…that is how we roll.  We retain so much water that half the time we don’t even know who we are.  Accept the fact that if we like you, our demons will come out, and you will be subject to our perplexing riddles, nonsensical jargon, and mood swings.  Learn to tune out and take a how-to cunnilingus course at the Learning Annex.  It will help us out a lot.

These are just a few points and I wish everyone who is on these site luck because it is brutal in the real world.  I think most people are governed by the fear of being alone, which keeps them in bad relationships and that is really sad.  I like to believe that romantic love exists but mostly I believe in lust.  Although I do like to entertain the idea of “soul mates” as I think they exist somewhere in the ether.  I like to imagine that I met mine in the early pre-historic days when fire was hot as a trending topic.  My cavehunk, Gak, discovered my secret Gspot when he chewed on my ear as he was pulling on my hair (Yes!  I like that!  So sue me!)…I’m kind of sad that in this life I haven’t my soul mate, although we are probably all messed up in some time continuum under-lap what with one us dying early of consumption or being killed in a war.  Not to mention how diluted and polluted the soul pool has been getting lately, maybe parts of Gak live in every man, which means I better get busy.

So here is my pre-historical cave erotica, put some batteries in your pokey and grab a tissue:

The tribe from the north had been coming to Nitsirk’s village since she was a young girl to teach her people of fire and hunting with sophisticated new tools. And occasionally they took a young nubile woman or two back with them to make babies.  Diversity is key to keeping the pack strong and progressive.  No one really knows how much time passes but Nitsirk remembers first seeing Gak down by the river when she had just become a woman and had spent her 5 hellish moon waning nights in the woman’s cave, sitting on a pile of blood soaked leaves and clutching her cramping belly all the live long day.  When the older women told her that her time was up, she went to the river bank to wash herself.

There was where she first laid eyes on Gak, a young cavebuck from the north. With a spear over his muscular brown shoulder, he stood tall and upright. He was unlike the boys in her village who were still hunching around making patties out of buffalo dung and covering them with dried leaves and setting them on fire in the front of the caves for the elders to stomp out with their bare feet. They would grunt and guffaw as the elders growled “OOONGA BOONGA!!!” their feet covered in flaming fecal matter.

For a long while, she just stood and watched Gak.  He was wading knee-deep in the river, completely focussed on the spawning fish.  He would arc his back, muscles flexing, and lance the spear in the rapid water.  He missed each time, but his face remained patient, a vision of strength and virility.  His hair was wavy, dark and shiny in the sun, showing tinge of ginge, and just stopped above his shoulders.  His village had sharp cutting tools and their haircuts were stylish compared to men her tribe, where their heads looked like they were carrying lumpy nests filled with burrs and twigs.  He had not yet grown a full beard like the older men but his chest had dark hair that trailed down to his belly and all the way to the top of leather loincloth that was barely covering his bulge.  Occasionally some flesh would pop out, reminding her of a live eel her father once made her hold after he caught it.  She was both terrified and excited as it squirmed in her hand.  Gak’s dick slip was no different, she desperately wanted to hold it and stroke it just like the eel’s slippery body.  Just then, he turned around and saw her.

Something about him made her feel shy and awkward and so she hid behind a bush until he left, empty-handed with the spear over his shoulder.  It would be several moons before she would see him in her village again.

Thank Gork for older sisters!  Nitsirk’s eldest sister, Sluk, had been one of the nubiles taken to the northern village for fornication and conception.  One fresh day during blossom time, she came down for a visit, bringing shiny new things like a hair brush made out of boar bristles (who knew?) and perfume that she had made from the glands of a muskrat and the petals of bluebells.  She also had a swollen belly and her breasts were the size of the gourds that grow in the fields when the moon is orange.  Nitsirk’s eyes widened with surprise.

“Me have baby,” Sluk said, rubbing her rounded belly, “You need makeover.”

Before she could grunt anything, Nitsirk’s sister sat her on a rock by the river and started to brush her hair.  She had long flowing russet hair, much different from the others in her village.  Her skin was also much paler and she would get pink if she stayed in the sun for too long.  As her sister stroked her hair, pulling out burrs and little bugs, she closed her eyes and held her head back.  The sun felt good, not too hot as the warm season was still early.  The trickling sound of the river was intoxicating as she pulled her shoulders back and let her deerskin sheath gape open.

Nitsirk was startled.  She opened her eyes and standing in front of her was the boy that she had seen by the river.  He was even bigger and stronger than she had remembered.  He was smiling right at her, looking at her chest.

Instantly she blushed.  Her breasts had completely fallen out of her deerskin.  For the past while, they had been a source of shame for her.  Since her first red flow, they had grown so huge, they couldn’t contain themselves in her sheath.  They would sproing out the sides or pop out the front.  There simply was not enough elk hide in the village to cover them up.  The boys in the village would point and grunt and guffaw, just like they did when they burned the buffalo crap.  So puerile.

But Gak just stood there, smiling and staring.  Gak had seen many breasts of many village women before, some were long and pointy like tusks, others were shaped like tree mushrooms, flat and droopy. Tits were tits and Gak’s big veiny member would harden to the sight of all of them but Nitsirk’s breasts were unlike any others.  They were pale and swollen, the nipples were hard and pink. He wanted so badly to touch them, squeeze and pinch them. They reminded him of the time when as a little boy, his father made a large balloon out of a honey badger’s intestine and he and his brother played with it all day…bouncy, bouncy, squeeze, squeeze.  Then his brother grabbed it and threw it off a cliff, and they both watched it sail into the chasm.  Gak cried because he had never seen anything so beautiful.  Until now.

“Gak, this is my sister, Nitsirk,” Sluk said, putting down the brush, “Gak’s brother made my baby.  You two should totally…”

“Oinga!” she said, eagerly, which means “yes” as playing hard to get was not a concept back then.

Nitsirk stood up pulling up her sheath to cover herself.

“No leave bazoongas out!’  Gak ordered, “Those will feed my many babies and Gak will get some too!”  (Editors note:  Sometimes you can’t control the embarrassing things your soul mate will say or do which is what makes him so cute).

So Gak and Nitsirk went “fishing” which turned out to be a euphemism for “fucking” which is what they did on the first date in those days, before the “rules” ruined everything.

That’s the teaser, you’ll have to stay tuned for the rest and buy the e-book for your Kindle.  I’ll let you know when it’s done!  And Gak, if you’re out there, and you know who you are, call me!