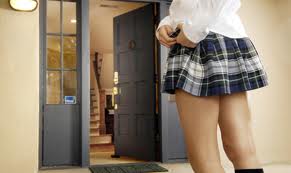 In yesterday’s slow news day, the brouhaha was whether or not to ban the kilt in the Durham Catholic school board.  Apparently some of the school boards, like Toronto, have already banned them because the girls have been rolling down the waistbands to pull the skirts up.  “The uniform represents the students when they’re in the community as well. So if they’re in the community, and people only remember that girls wear short skirts when they go to that school, is that the image we want to convey?” said trustee Chris Leahy. The girls like wearing the kilts and raised a stink that only girls can do so Leahy lost his battle. What a buzz-kilt.

And what exactly is he saying anyway?  He didn’t exactly say the “s” word, or imply that the above kilt-wearer will graduate into this after Grade 12: 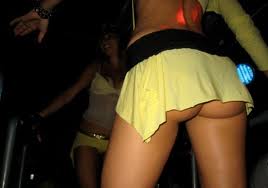 Isn’t the image of a Catholic school girl as a trollop tease so classic that it negates itself and becomes wholesome?  I think if you’re raised with guilt and oppression, you are going to naturally become defiant.  Tarting up the uniform gives the girls a sense of empowerment and identity.  You can take the girl out of the uniform, but you can never take the Catholic out of the girl, even on the tennis court: 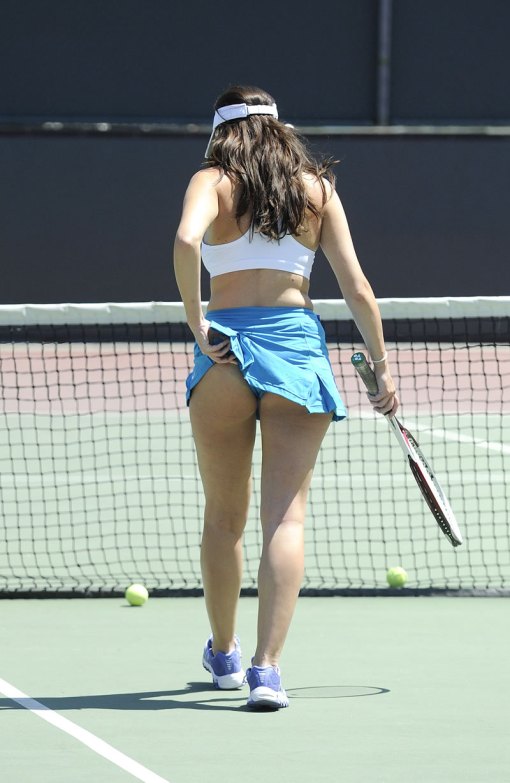 Live and let live, is my motto for raising the modern teenager.  I don’t ban anything, and my daughter morphed into my mother.  In fact, she thinks those kilts are too short.  Which means they probably are and so reverse psychology is in order.  In my day (decades ago!), there was a private school that had a uniform that was so short, you could see the edge of the underpants.  This was so the nuns knew you were wearing clean ones.  It was not uncommon for traffic accidents to occur when the girls walked in packs down the street.  The uniform also required knee socks so the legs were bare and hence, winters were unbearable.  The girls would defy the “no slacks” policy and wear jeans underneath the skirt.  This angered the nuns which made the girls even more defiant which caused the opposite brouhaha of the Durham school board and so a smart trouser became optional.  Fogeys, did we learn nothing from Footloose?

And on that note, I will leave you with my son, Freddy’s, latest YouTube short which was filmed in the regular school board, Rosedale School of the Arts, where pants are optional, as is everything else.  Enjoy: