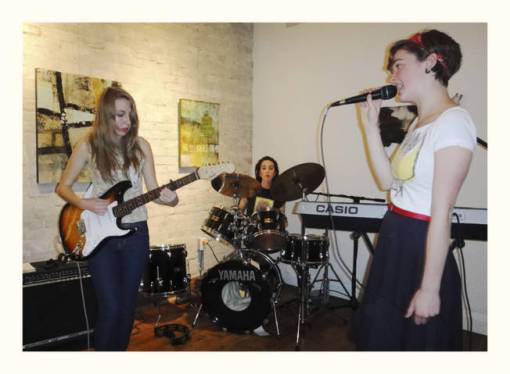 Next week my daughter turns 18 which is only a half-assed milestone in this neck of the woods.  Sure, she can vote and become a pole dancer but she can’t legally go to bars and order a Corona like a proper young lady.  She has a whole other year left of pretending to be from Detroit, according to her assumed identity on her faux I.D.  All the cool bands come from Detroit, among them:  The White Stripes, The Von Bondies, and Mr. 18 himself, Alice Cooper.

“Nobody actually lives in Detroit!  They come from Dearborn or Grosse Point.  No doorman is going to believe you’re Little Miss 8-Mile,”  I warned her. Of course this has made her more paranoid but as a mother I am trying to teach her that when you lie, you need to back it up with a story.  So we concocted an elaborate history where she was born in Toronto, but is going to school in East Lansing and the reason she has a Detroit proper address is because she is interning for a record company and she and her roommates are here in Toronto to check out some bands.  Doormen love stories about young girls and roommates.  It works every time and she’s going to have to milk it out for another year.

What’s funny is that when she was first born, I drew a picture of her of what I thought she’s look like as a teenager and put it in her baby book.  It’s pretty accurate except her hair is longer.  I had guessed she would be in an all-girl band with another baby girl on our street who had a made for rock and roll name of Courtney Manson.  But sadly, she moved away so my Nostradamus prediction didn’t come true entirely.

But last year, I took my daughter to see The Runaways, the movie about Joan Jett, she and her two friends decided to form a band.  They called themselves Nikki Fierce and a year and a half later, they are now booking gigs all around town.  Check them on on their MySpace page, and Like their Facebook page so you can keep up to date on their shows.  And they also have Twitter so make sure you follow them.  Funny, they sort of have a Detroit sound but with an accent of Toronto.