Tonight is the cookie exchange party!  Last night I made 7 dozen chocolate ginger cookies from the Martha Stewart Cookie Book (the ones on the cover).  They are sublime.  They were also labour intensive.  I had to chop chunks of chocolate and grate fresh ginger. As I grated the ginger, I wondered, why are redheaded people called “ginger” when ginger is actually off-white?  Ginger cookies are reddish because of the molasses!  And then I mused about ginger men and how they are coming back in style.  My daughter wants to marry a ginger, or specifically, Rupert Grint or Robert Pattinson, who is technically a brunette but can be filed under “tinge of ginge.”  When I was a nubile 19 year old, I fell hopelessly in love with an older Jewish guy who looked like Starsky from the tv show (not Ben Stiller from the movie…please). He had brown hair but when he forgot to shave, his beard would come in red. He was a moody fucker and would spend days in his apartment, growing this ginger beard that would collect food and toilet paper lint.  For some reason I thought it was hot. I loved him so much, I would have carved his initials on my ass (this was before tattoos were mainstream). He ended up dumping me for someone his own age although he told me I was the best sex he ever had. My youth embarassed him! Bet he regrets that now. Lol.

Since then, I haven’t really given red headed men, or tinge of ginges, much credit.  I like a tall, dark, handsome man like every other ho in T.O. but as y’all know, I have sub-categories:  Indian men, men that look like Jesus, men with dark moustaches that resemble outlaws from the 1930s, men who herd sheep, and the list goes on.  But since I’ve unleashed my mojo, why not expand my horizons?  Re-think the gingers! They are not all like Danny Bona-douche or Carrot Top.  So as I baked, I comprised a Top Ten list, saving my fave for last.  here we go:

Not Willem Dafoe as Jesus in the Last Tempation of Christ, but Jesus in general.  Yes, Jesus was likely a ginger, or a ginge tinge, based upon the tribe of his maternal lineage according to my research on Google and central casting according to Martin Scorsese.  Jesus was a carpenter and I do like men who work with their hands.  Lose the entourage though, don’t have time to do you all.

In university, I took a film course on Stanley Kubrick.  Sterling Hayden was in The Killing which was one of those heist-gone-wrong films that I looooove.  And he was hooooootttt!!!!  And then he was in Dr. Strangelove and he was craaaaazzzy.  I love a nut job.

Speaking of crazy, I love that he cut off his ear.  That is so awesome.  Men don’t do that anymore, they don’t even cut their own toenails.  They get pedicures and have their balls waxed at a salon!  Pussies.

Remember him?  He was hot during the Brat Pack era but didn’t get the fame.  Because he was a redhead! Look how cute he is, he is like a male Jodie Foster. I like Jodie Foster a lot, I remember when she was a child star, I wanted her to be my friend.  She was in the original Freaky Friday!

I know, what’s up with this?  I’m picking this tennis playah because he is a perfect example of a blonde with a ginge tinge.  This works well if you style yourself like a Scandanavian hipster or a fisherman. 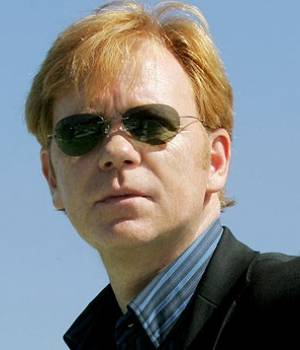 Ugly-sexy!  And the voice!  All he has to do is talk and you forget worrying about what level SPF he has to use in Miami.

Another actor from that show Grey’s Anatomy which jumped the shark after season 3 when the plots turned into something from General Hospital.  What McHorseshit.  But this guy is worth a channel surf.

When I googled ‘hot ginger” so many fetish websites came up, who knew?  Check out this site, it’s perfectly wholesome, so many more to fuel your fetish.  I think this dude would make a perfectly good son-in-law.

I’m putting him on my list because you like him and I need a higher google rating.  Sweet!

I know I’m late to the party but I am madly in love with Louis CK.  I want to marry him.  I don’t even think I need to tell you why, just watch: