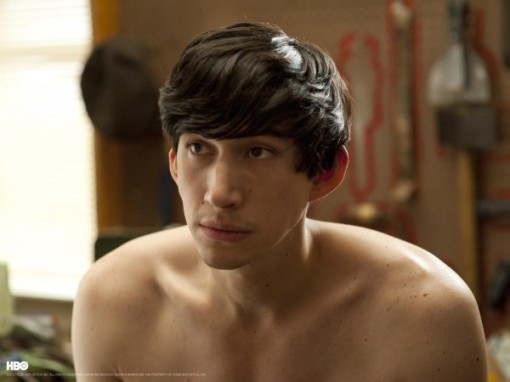 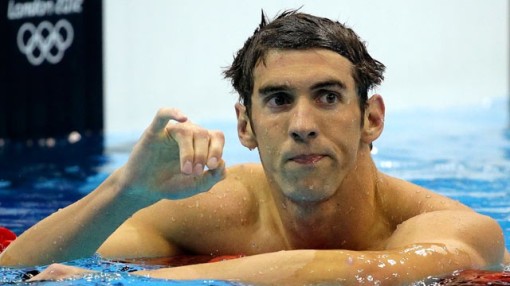 Awkward Adam Driver from HBO’s “Girls” and Olympic Gold Lurch Michael Phelps…they are brothers from another mother and father, separated at birth!

And I’d hit them both!  They both fall under the “ugly-sexy” category which means sometimes off-beat looks are actually hot.  Especially if you are a tortured artist or a freak of nature with out-of-whack ability-enhancing proportions that allow you to be a glorious god-like male specimen sponsored by Kelloggs!

I have to admit, I’ve been watching very little Olympic coverage. But I have been watching my HBO channel and finally got around to catching all the episodes of “Girls” which I am obsessing over. It’s the twenty-something version of Sex and the City but more “real.” Boyfriend Adam (played by Adam Driver) is my summer crush.  He had me at the Golden Shower, I am not kidding, if a man peed on me I would take it as a sign of true primal devotion.  The show is genius, and the creator, Lena Dunham, is who I want to be when I grow up. You probably don’t need HBO to watch it, that’s just me, I’m still an old-fashioned pay-for-cable gal…No doubt you have the wherewithal to stream it off the internets from some magical website that doesn’t require a credit card.  I hate you.

I’ve also been training for my own summer games which is drinking on the porch.  And I have to be in tip-top form for next week’s trip to Italy.  Will definitely be doing Olympic caliber drinking.  Wine is cheaper than water!  And I am on a budget!

I had a yard sale on Saturday to fund my sport where I sold whatever I could take from my parents’ house and my high-heeled hooker shoes and handbags.  And jewelry!  Which an elderly lady bought in lump form before I had barely set things up.

“I will take it all, dear,” she said, her gnarly hands grasping through the nest of beads and baubles.

“Are you a reseller like on eBay?”  I asked.  I actually don’t care if someone profits off my stuff, I just need wine money. Fast.

“Good Lord, no, dear.  I keep it all myself,” She kept stuffing the jewelry box and her eyes had that manic look like Betty’s when there is a pizza delivery man on the street.

“You mean you’re a hoarder?”

“Yes!  Yes, I am!  Do you have any perfume?”  She grabbed a beaded evening bag that I had just pulled out. I had many of my beloved handbags still under the table and I moved myself in front of them so she wouldn’t have access, essentially cockblocking her from doing more damage.  If they could only talk, those purses would have stories!  There is a L.A.M.B. by Gwen Stefani that took me through the phase 2 real estate courses and made me feel like a professional moneymaker.  There’s a black studded one with a shiny silver lining that was my trademark during the epoch of my mojo.  It carried many different shades of red lipstick and a lucky tampon which is till in the inside pocket.  They need good homes and to be taken out on the town like a lady, not stuffed behind the toilet on top of a litter box.

She was sweet though, and the beaded purse suited her.  I found her a bottle of half drained Kate Moss eau de skank and some really foul patchouli from Lush and she put it all in her shopping cart and headed off to another yard sale. The one down the street was heavy on drugstore paperbacks.  #Winning, hoarder-style.

I got rid of a lot of stuff but still have enough left over for another yard sale this Saturday.  When I told all my customers that I was funding a grip to Italy , they got very excited and bought more and even threw in some extra future euros in my change jar.  Some even came back and for once I am thrilled to have size 10 shoes because the cross-dresser down the street had a field day.  Sashay away, Bruce!  I’m hauling out some boots this weekend, so come on down!

I hope everyone is having a great summer, next week I’ll try and post from Italy if I am not too jet-lagged, but in the meantime, here’s my latest obsession:  The MELONA Bar…they are out of this world but I inhale them, not like this kitty: