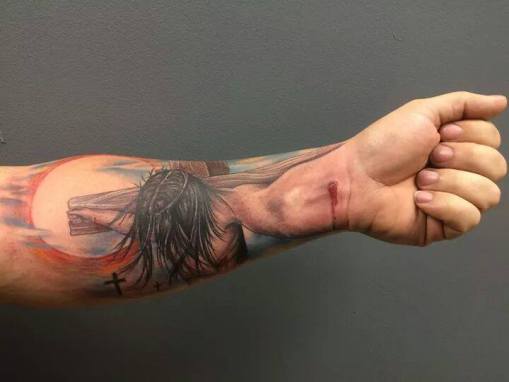 It’s Lenty-times, did you know? In case you missed the cue, which was your uber-annoying skinny-ass bikini-selfie Facebook friend, Fallon, posting on Ash Wednesday (yes, that’s still a thing) that she’s “giving up chocolate!” after “devouring” her giant box of Godiva truffles that she got from her “amaaaaaaazing”  Latino boyfriend (now fiancé!), Jorge, on Valentine’s Day along with a giant fucking engagement ring while they were in a five-star! resort in Cancun, “just in time for  Cadbury Easter Creme Eggs to hit the shelves,” she cyber-lols and 8 million “likes”  ensue. By the way, dem eggs were lined up in boxes by the checkout on February 15, proving she has an eating disorder or she would know that. She obviously never eats chocolate anyway, what with that thigh gap the size of a wind tunnel. So much for self-sacrifice. What a fucking bitch. Even the Pope thinks she’s a tool.

I wasn’t raised with the tradition of Lent but I enjoy watching y’all suffer, and this year I’ve given up hooch for the sake of solidarity. I learned about this oddball practise as an adult from one of my roommates who struggled with it earnestly every year: No meat, no cheese, just white carbs like bread and rice, for weeks! Except on Sundays, which were free days, when she would get a Licks burger with cheese and heaps of shit and extra garlic splooge, chili fries, and wash it all down with a diet Coke, and then pass out from more self-loathing than her Catholic guilt could handle.

I admire the symbolism of some religious practises but this one seems paradoxically more self-indulgent than noble.  Like what good does it do for the community if you starve yourself? Self-deprevation for the sake of what? Atonement? Really, does it work? Or does it just perpetuate some kind of cycle of shame to penance to faux-humbleness?  I, without the help of any kind of religion whatsoever, am full of natural self-hatred that stems from the simple embarrassment of being alive. It comes and goes in waves, though. I’m currently riding high on my own foulness, as is everyone else in this deep freeze. Don’t you feel the collective energy of all the lonely people in their stained sweatpants enveloped in the blue haze of Netflix (or Pornhub)? I think it’s a normal part of the human condition unless you are a sociopath, but it would never occur to me to cut out chocolate for 6 weeks, like what good would that do? I should cut out cheese entirely, seriously, I think I am lactose intolerant in my old age. If I was going to be doing any favours for the sake of religion, depriving myself of Toblerone would not be it, I think the sensible thing would be to go out it and help the less fortunate, even though it’s occurred to me that I AM the less fortunate, but it’s all relative. I shall find a cause, and so should you. And as for your stupid Facebook friend Fallon, we should report her for spamming (and her insufferable Instagram too!) and shut down her cyber pie hole once and for all.

It’s been a looooooong winter and a bullshit February. I found myself in a rare state of perpetual boredom. I’m hardly ever bored but I figured out recipe: In a giant bowl made out of helpless inertia, mix in piles upon piles of exasperation, sprinkle with rage, a dash of sadness, and a dusting of despair. I even went and got my hair did and nothing changed. Same shit, different day. I should really dye it, I’m questioning the silvers now but I don’t care enough. Apathy, it’s a silent killer.

I don’t got 99 problems, so I’m not whining *per se*, so you internet trolls can go fap your fingerling floppy drive on Facebook Fallon, but I have 2 and half, or maybe 3 whole annoying fucking issues that I won’t bore you with, and they only partially in my control. I definitely need more therapy and clarity (hence no more booze for moi, Lent or no Lent)  but in the meantime, I kind of got a lot out of this Ted Talks which is about “shame being an unspoken epidemic, the secret behind many forms of broken behaviour.” I cried when I watched it, holy shit, I’m breaking down, which is what you’re supposed to do in order to achieve vulnerability, which is a strength, by the way.

But! In the meantime, sometimes you have to take your head out of your bellybutton and live amongst the people who you hate. I don’t really hate anyone in particular, just everyone in general, BUT NOT YOU, don’t worry. So I composed a list of some modern life hacks to help us (I know  you’re in a funk, too) get ourselves a few more feet away from the ledge.

1. Get a white board and write a list of goals. Okay, I really don’t know what I’m talking about here but yesterday my friend called me all excited that she had bought a white board (?) and wrote a list of goals on them. I don’t think I will actually do this out of sheer fear but I was very happy for her. Topics include: Health, Finance (UGH NOOOOOOO), I can’t remember the others, that’s when my brain bailed but! she did say after writing everything down, she felt a) things were not as bad as she thought and b) she is more in control now and c) she’s going to be checking things off week after week while another friend of hers makes sure she’s not slacking off. A white board. I don’t know where you get those but I’m guessing Staples. I’m not doing this but you do it and report back.

2. Yoga.  Yes, shut up and just do it. I don’t care what kind, even that sweaty bullshit Bikram-style will work, I might even psyche myself up to go back. I haven’t gone to a regular class in a while because I can’t bear to be stuck in my bloated thoughts without the disco distractions of tv screens and whatnot. But yesterday I did a class with my beloved David, who should be the Pope of the entire universe and for at least an hour, all was right in the world. I’m definitely going back next week. I don’t know why I have been avoiding it AND! he said something very profound that made me almost cry but I forgot what it was, oh well.

3. Bake some cookies. This is something Martha Stewart would do because she doesn’t get all depressed and cry over a Ted Talks, I bet. Too much shit to organize and clean and iron and fold and fuck. I wish I had the busy gene like Martha and get satisfaction out of sorting socks. I only suggest baking cookies because you can eat them if you’re not doing a Lent cleanse, or whatever you’re calling it. You know, I used to do this all the time, bake a double batch of chocolate chip, and give them to boys I had crushes on. And I was not so lonely then. Huh.

4. Read a book out of your comfort zone.  I’m used to reading all the hand-me-downs from friends who toss a book at me and say “read this, it has your name on it” and it’s “Gone Girl,” or “The Goldfinch,”  I don’t know what that means but usually this kind of literature is ladies’ book club type fodder. If it’s a pristine hardcover, I will read it out of guilt, propped up in bed and finish the whole thing. If it’s all dog-eared and soft covered, I’ll toss it around with greasy fingers and read it casually in the tub and maybe dump it midway. I’m such a princess. The other day I ordered a book off Amazon on my own freewill “Sapiens: A Brief History of Humankind” by Yuval Noah Harari because hello, if that doesn’t have my name on it, I don’t know what does. It’s soft covered though, so we’ll see how it works out.

5. Smile at a stranger.  The zombie apocalypse (ugh, I can’t believe I even typed that) is here and we are living it. Everyone walks around in public with a puss on all dead inside, never making eye contact, then get in their cars and yell obscenities at each each other behind closed windows. It’s sad really.  Every so often I become acutely aware of this and I randomly make eye contact with a stranger and smile…and they always smile back! It’s so cute! It’s like a zoo trick. Of course if you’re a woman and you do this to a man, he will automatically think you love him, want to marry him, and bear his crotch spawn. But that’s okay to feed a dragon’s massive ego once in awhile, he needs perk now and again too. If he smiles back and holds your gaze for 1-banana, 2-bana-, get his number AND BAKE HIM SOME COOKIES and maybe you’ll have a friend for life.

So that should keep you busy til Spring rolls around and the only thing I can say is every thing is in constant change, and this, too, shall pass. And! if it makes you feel any better, Facebook Fallon and her amazing Latino boyfriend-now-fiancé, Jorge, probably won’t last, he still has his profile up and active (with dick pics!) on Adult Friend Finder and she can’t even bake those cookies from a tube, it’s all downhill for her.