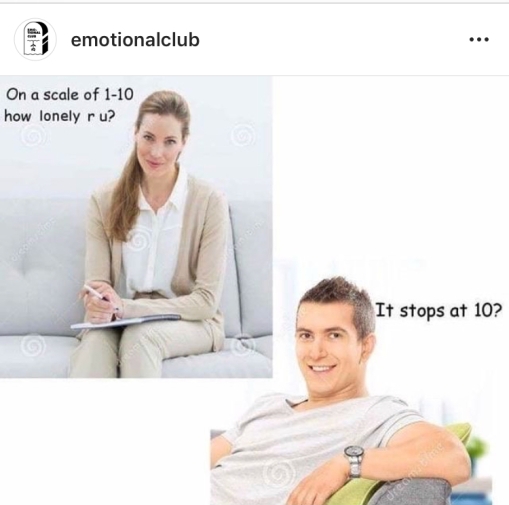 I’m pretty sure we’ve covered this topic already but let’s have another go at it because who doesn’t love to beat up on oneself for sport? Lately, I haven’t been great at blog writing becuzzzz, ma bitches, I’ve been doing my dog business and feeling pretty good about things, turns out being happy is not a motivator to spilling out guts on the internet. But of course you need ebb and flow, thank Dog for nature, so you can’t be happy all of the time, all day, every waking moment, even though today I’m pretty fucking content laying around catching up on Anthony Bourdain’s Parts Unknown on Netflix. Which, by the way, is the most amazing show and I love him so much and I’m watching it in the now and still with disbelief that he’s dead.

His life is my dream life and he’s so cool and seemingly self-contained so I wonder why would he kill himself? Maybe it’s not so much why as in who is your inner demon and how can you make friends with it? I don’t have the answer because I have my own devil hoe, that harrowing sense of loneliness, I don’t find it funny enough to personify it and give it a cute name, but I wrestle with it every day. Not all day, because I like to shit in private and I value my me-time to putter on the internet or in the drugstore like everybody else but it’s a shadow in the day and a howling wolf at night, full moon style. Trust, it’s not glamorous like the tshirt, it’s like being tied to a pole in front of Noah’s Ark and the flood is starting, and you’re like a poised Tundra wolverine with your posture all pro, eyebrows on point, and nice smile you force on and yet there are a blur of basic snaggle-toothed hunched backed coyotes with tufts on their shoulder blades filing in the proverbial Yacht of Life two-by-two because they filled out the right paperwork. That’s my best metaphor. What the fuck did I miss?

Basic human need is to couple up, I don’t know how deep it goes in our psyche but I read clickbait articles and have been around the block, and moseyed down the main street to the tracks, crossed the tracks, jumped over creek, found a dead body, came back, lathered, rinsed and now I’m spinning in circles. I am an emotional soldier with no medals. I’m not sure what I’ve learned or where my boundaries are or where I’m heading or even what I want. What I do know is that while being in a relationship is nice for appearance sake, and keeps everything normal, it doesn’t necessarily keep loneliness away. Being lonely in a couplehood is probably worse because then you’re doubly fucked up, being lonely in a crowd type thing, that displaced feeling that haunts you no matter what situation.

It’s assumed that being single is bad. Especially as a lady over say, 40, and over 50, pack it up and just enjoy your food because game over. Unless you have been widowed or something, then that is an elevated grade of tragic loneliness. But! Caveat! If you are a widower (man-widow, English language has weird semantics), no worries, within three months you’ll be hooked up with a barrage of Single Ladies from Beyonce’s closet, I don’t know who, what, or where, but they are all hot, kind of id you squint, and the world is now your oyster. Slurp away at that candida buffet, bruh, enjoy your second wind.

I don’t know what my lonely shadow bullshit is about because coupledom has never been a comfortable situation for me anyway. It’s not that I haven’t been with the right people, it’s the situation that I’ve chosen has been wrong, and timing is everything. But! When you’re old as fuck, time is not on your side so it’s best to get your demon, call him a he, give him a kind face, broad shoulders, a beard with silvers, imagine a hairy chest, a treasure trail, a nice peen if you’re going down that far, then look him in the mirror, call him Frank or whatever, and buy him a plaid flannel shirt and wear it yourself. Cuz being lonely is poetic.

That was the end of that post but here’s a bonus story that I didn’t know how to fit in that actually happened to my friend that write in a play style, changing the names, location. Here goes:

Sharon, a well-dressed self-possessed woman in her 50s, walks into her favourite neighbourhood gastro-pub where she can sit down at the end of a work day and order a gin martini and a plate of pickled herring, sweet onions, or whatever Anthony Bourdain ate in Norway. Normally the bar is her space to zone out and scroll through her reader on her phone, she’s a smart as fuck woman and interested in politics and social justice but! she is also funny and engaging. If you were ever lucky enough to be her friend, she makes a mean Caesar and will let you hang in her backyard for a whole afternoon even though she prolly has other things to do.

But! This day, the bar is full of fucks and Sharon has to wedge herself not in her normal spot but in an awkward spot beside some group of people, and another dude, who is apparently single so she is kind of forced to strike up a conversation. Said dude is in his 70s, SEVENTIES, like motherfucker would have had to have been born in the 1940s, he wretched but in a virile way, we’ll give him a hall pass for now. Ma girl, reminder, is rocking her 50s.

Wretched dude (friendly): Blah blah blah, I have a cottage in Muskoka, I’m turning it into an AirBnB

Wretched (in his own world now): Blah my ex decorated it blah my other ex blahed in it

Wretched (anus prolapses and completely exposed): Blah this n that, me so rich etc, what about you?

Sharon: (trying to shut this down) Oh! Yeah have two daughters, blah, do you have a card because I might be interested in renting your place?

Wretched (with the line I’ll leave you with because it’s amazing and never be afraid to be lonely ever again:

HOW OLD ARE YOUR DAUGHTERS? BECAUSE I’M LOOKING FOR MY NEXT EX-GIRLFRIEND

I want to end it with Sharon’s vagine growing a long neck and gulping up his french fries but there really is no satisfying ending to this, except for in real life she told him to shut the fuck up and turned her back on him and I guess that’s all you can do.

So. Dicks abound. Hold yourself close and remember, we are ALL lonely, don’t worry about it so much, forge through, change something, anything, pet a dog or fry an egg, then go watch tv. I’m still here.Call me.