I’ve been gone from the Bloglands for a month for a number of reasons, have you even noticed? I have been kind cheating on you with Yelp, I’ve been getting my rocks off there because there is a live audience. Last week I got a “Review of the Week” which is like getting an Oscar in the context of mass internet drivel. When this happens, you get messages all day from total strangers who send you accolades in the form of virtual “badges.” For this honour, you are chosen based upon your “FUC” rating. Unbeknownst to me, because until last week I didn’t understand Yelp and its convoluted game plan, my FUC rating (Funny Useful Cool) was high in relation to having only 12 reviews, which are just shorter versions of this blog because it’s all about ME, ME, ME and that $3 donut I just ate and yelped was just a collateral subject. So anyway, I’ve been yelping rather than blogging because like a lab rat, I work for rewards, even if they are full of shit.

Also something has been happening that I wasn’t going to tell you about because it is so awful and I hate it so much and I am full turmoil and shame and misdirected anger and general rage. It’s actually not funny at all.

I am drying up.

The last time I had hosted my tender lady time, Santa was in town. That’s 4 months ago! There is no upside to this, if you’re thinking that at least my underwear is stain-free. They aren’t. I go through at least 3 pairs a day in urinary seepage. If it’s not one thing, it’s another.

At first I thought I was having a lot of drunk sweats. You know that hangover feel when your body wants to sweat out the poisons and replenish with grease? Well it was happening all the time. I went “on the wagon” whatever that means, just to be sure, and yes, okay some of these episodes were probably drunk sweats but some of them were not. THEY ARE MOTHERFUCKING HOT FLASHES! Fuck my life. I thought escape this fate and I would be invincible and now I have to deal with the harrowing disappointment that I am not. And by the way, being on the wagon is really boring and I still have insomnia and I’m more bloated than ever, what the fuck?

Here is what is bullshit: I can deal with the hot flashes. In fact, they amuse me. You’re out there in the world, minding your business and suddenly, from deep inside, your core starts to heat up, like from zero to inferno in one second. THIS IS HOW I SURVIVED THE POLAR VORTEX, BITCHES. I can deal with this, just breathe and it will pass. Even though I feel like running out into traffic, it’s okay. But what kind of evolutionary joke is going on when you feel like your innards are having a caloric pig roast, and yet nothing is actually burning? In fact, you are gaining weight, right through where all the heat is happening, comes the dreaded middle-pudge menopausal swell. Gone is that precise waist-hip ratio that when men look at you, they overtly want to plant their magical seeds inside you because subliminally they think that somehow you will be a good mother. I don’t really get it either, but it’s a fertility law that we must respect. Your waist is supposed to be smaller than your hips but these trolling hot flashes are making your waist explode like a tin of Jiffy Pop Popcorn. I’M ON FIRE, I SHOULD ACTUALLY BE MELTING! It’s fucked up is what it is. Nature is an asshole.

AND THEN THERE IS THIS DICK:

What the ever loving fuck is this? Am I the only one around here who sees this fool for the pathetic loser he is? “Oh, Johnny Depp, can you believe he’s 50? He’s so hot!” YOU ARE DELUDED! He looks every bit 50 and then some. He looks like he’s been rotting in the bottom of the ocean and then slapped on pancake and a costume from “Death in Venice” with Indiana Jones’ hat (WTF?)  to take his bovine trophy snatch to some function so everyone will see he has a hole with a proper waist-hip ratio where he can plant his creepy seeds. Fuck him.

I had an epiphany about the phenomenon of middle aged men and their tendency to dump you for a younger woman just when you think you have it all going on: The kids are in college and you can do some traveling, maybe buy condo in Florida, take up golf. But that goes all tits up because he “has a right to change his mind!” When it happens, you think it’s your fault because you’ve succumbed to the aging process and he wants someone younger and hotter. And then after a while and thousands of dollars in therapy, you run into them at Starbucks one day and you are shocked to see a) she might be young but she’s actually not that hot (Telly Savales in a wig!) and b) she’s pregnant, what the fuck? He had a vasectomy 20 years ago right after you gave birth to Spencer or whatever name was popular back then and he vowed he didn’t want any more kids, no way, no how, even though you could have squeezed out another despite the fact your waist hip ratio was already showing serious signs of inversion.

It’s not that he want a younger woman PER SE, it’s that he wants another breeder. Biology wins. It’s menopause for men! I wish it had an ugly name of its own because it deserves one. Dickopause or something. Men AGE and they go through hormonal changes as they AGE because they AGE and get all estrogeny and soft and pillowy and girly and feminine and slopey shouldered and the moobs! Why, they are ripe for lactation!  Probably some primal signal in their AGING brains gets all desperate and maternal, like a 35 year old woman does with her achey breaky ovaries. Old fucking men don’t even think of the consequences, oh no:  Quick! Spread the rancid spunk around before death comes, who cares if the teachers call you grandpa in the schoolyard and you’ll be in a walker at your precious loin spawn’s high school graduation: TIME IS A FLAT CIRCLE and you got to keep on splooging. Ugh, fucking gross.

This theory does explain whatever is happening with George Clooney. He has been okay by me until recent news, I like the way he’s aged gracefully and even the way he had serial beards (no judgement) or whatever and said he would never get married because it kept hope alive, that you or me might be the game changer, assuming he isn’t gay. AND THEN he gets engaged after dating some smug lawyer for two minutes whose name looks like “Anal” in the tabloid headlines and we, as a collective force, are never going to remember it. She’s supposed to be some kind of star lawyer (eye roll) who represented Julian Assange. How do you have time lawyering celebrities when it looks like you spend all your waking hours managing your uni-brow and then somehow get to “date” and lube George Clooney up for marriage in the time it takes most people to scroll through a day’s worth of Dlisted? I hate her, I don’t care what you say, and already I told you I’m filled with irrational rage. Suddenly this Anal is the game changer?  She is the 36 year-old with a ticking time clock and he is the 53 year-old spawn bomb. This isn’t love, it’s biology and disaster. Fuck him and Johnny Depp.

I have high hopes for Zac Efron. He’s soooo cute! *sucks self into a pair of Spanks*

That lady on the left looks much better from the back. That makes me sad that I just said that, I AM SUCH A BITCH. 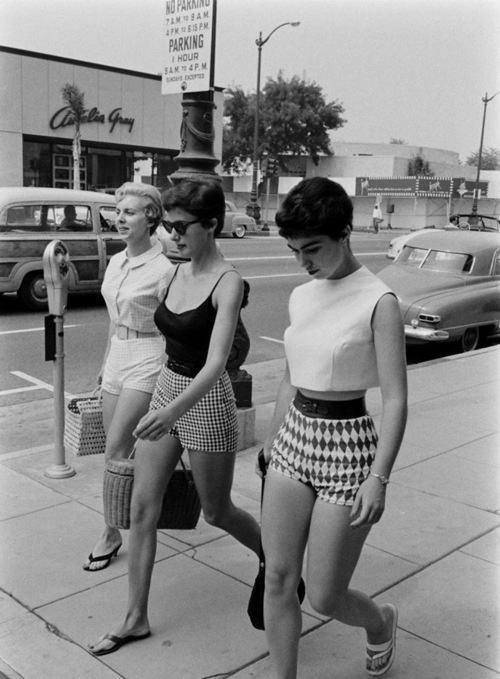