I am Sinner, hear me roar.

This week I am on one of my boring austerity programs where I don’t drink.  It’s just like Juiceless January but only a week long. It’s not a “cleanse.”  Please, this lady is clean as a whistle. Don’t hate me because I am so boring.  I just like to torture myself once in a while with depravation because I am a card-carrying Glutton and I need reign it in once awhile otherwise I will go off-balance and miss out on my other favourite sins.  I will be too fat to fuck and too drunk to follow the plot of this season’s American Horror Story Asylum.  Let me explain.

As you know, the Seven Deadly Sins are: Gluttony, Sloth, Lust, Envy, Pride, Greed, and Wrath.  Whoever made this up was not thinking of a progressive society.  Supposedly these are all traits than can lead to the degradation of humanity, blah, blah, blah….According to lore, each of these sins has an opposing “virtue”  which are in order from the above: Temperance, Diligence, Chastity, Kindness, Humility, Charity, and Patience. They all sound like trippy hippy names. Most of these so-called virtues are self-imposed righteousness, and at least one of them is not worth having, and you know which one I mean.

I do not personally grapple with any of the so-called “Seven Deadly Sins.”  I think they are best when performed in tandem for the most effective results.  For example, I am never more content and in tune with myself when I am practicing the art of sloth and gluttony, or “sluttony” as I like to call it.

Sometimes one sin can lead to a chain reaction of sins and virtue which can be hilariously tragic:  I have this Facebook friend who is rocking his 50’s as a retired rich bastard.  Every day he diligently posts pictures of different women who hanging out at his house, drinking wine without their tops on, wearing only thong underpants.  The chicks are all half his age!  And he is so proud, just like a peacock!  So we click the “like” on the photo of the Asian girl with the face of a 300 year old vampire who is sitting uncomfortably on one bony ass-cheek on top of his piano, not because she is hot, but because we are kind…and jealous as fuck that he can afford a hooker every night of the week!  All that outside validation must make him perform like a boss, even though he probably most definitely has erectile dysfunction. It is all so awesome.

Gluttony vs. Temperance:  I have so much praise for Gluttons, I don’t know where to begin. Gluttons are more fun, hands down. If you win an all-inclusive vacay, you want to take a glutton with you because they will show you a good time. Gluttons are troopers who will never say no to ice cream, even if they are lactose intolerant:  Oui, c’est moi. I love the word “gluttony” because it sounds like “glug” which makes me think of beer. Beer is a beautiful beverage, and if you are going to be a glutton, an ale cleanse is the way to go to freshen everything up, hangover prevention and cure all in one.  Gluttony also sounds like “gluten.” If you are someone who is full of temperance, you are probably on a gluten-free diet because you think it makes you bloated.  It doesn’t.  You are bloated because you are a gas bag.  GTFO and deflate outside. 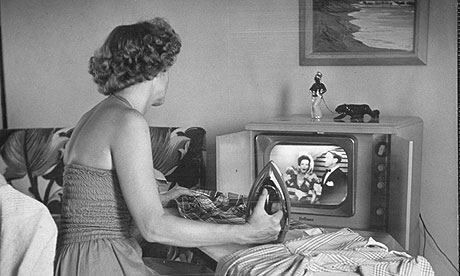 Sloth vs. Diligence:  Modern day sloth is synonymous with tv watching.  You really think should be doing something else but have you seen what’s on HBO?  The last decade has produced some pretty awesome shows and if you are one of those people that says: “I don’t watch tv,” you are a fucking liar and/or a loser.  “I’m so busy, I don’t have time.”  More lies.  It’s always those “I’m-so-busy” people who claim to not watch tv, who are the ones who know the names of every Real Housewife in any given city. If Anderson Cooper has time to watch Honey BooBoo, then you have time to watch American Horror Story Asylum, preferably with me so we can talk about it afterwards. Did you know you can multi-task while you watch tv, Busy Bee? That is why God invented ironing boards.

Lust vs. Chastity:  Okay, lust can lead to a lot of stupid things like a wardrobe full of leopard print, stained furniture, miscommunication and a few sessions with a therapist who has to explain to you, ad nauseam, the difference between lust and love.  I still don’t get it, but whatevs, maybe one day I will have an epiphany…until then I’ll be clearing the pipes with battery operated devices. It still counts. Dry spells scare me so much that I think I am going to shrivel up, close over and die re-virginized. What would be the point of revering Chastity? Tits on a bull.  Even Chastity became Chaz.

Envy vs. Kindness:  If I wasn’t so jealous all the time, I would be dead.  Seriously, jealousy is what keeps me my breathing reflex functioning. The seething green vapours keep the air passages clear.  Envy provides motivation. Sometimes I stumble upon another person’s blog, and it’s so good that I get all my hackles up that I want to make mine better. Whenever I have crush on someone, it inevitably turns out he is married or has some hooker fetish.  The level venomous jealousy that surges through my system could kill cancer cells.  This is just natural instinct that people need to have, not sin per se, in order to progress and propagate. Kindness is for pussies. Darwin’s law goes like this: See, want, turn green, kill that bitch in the way, and get.

Pride vs.Humility:  This is a no brainer, it should be the other way around! Modern day people celebrate pride in colourful parades like Gay, St. Patrick’s, and  Caribana.  Even that one at Easter, not the bunny one, but the one where they re-enact Jesus carrying the cross has bling, hunks, and dancing girls.  The one year I saw it, Pectoral Jesus was wearing his red velour robe open and he had been clearly working the gym and the tanning salon.  And why would you want to get all sad sack and dour about it? Mass pride is a good thing, it creates solidarity even for the outsiders.  Even if you are not gay, you are gay for the day (or the whole weekend)!  Kiss me, I’m Irish (no, I’m not, I’m just drunk)!  Let your light shine, ignite the jealousy in others so you can inspire them to rise above mediocrity.  Just don’t be so smug about it or you are in danger of the truly serious sin of Douchebaggery, I’m looking at you, Bieber. 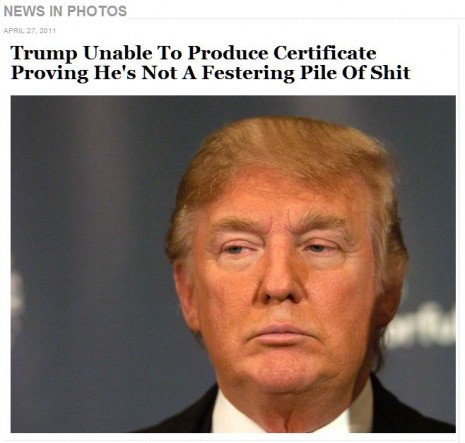 Greed vs. Charity: This one sin versus virtue where the latter wins. Donald Trump is greedy.  Ellen DeGeneres is charitable.  If I’m going to lay on the couch like a sloth with my hands down my pants, I would rather watch Ellen than Celebrity Apprentice. That is all.

Wrath vs. Patience:  If jealousy is the pilot light that ignites ambition, then wrath is the fire that burns it into fruition.  Angry people get things done, not the so-called “diligent” busy bees who don’t watch tv. They are too busy blowing the smoke up their own asses.  If you want results, ask a pissed off person with a bee in their bonnet.  They will make the earth move. Patience only leads to deeper frustration and unless you enjoy living a life of limp limbo, then sit there like a Buddha.  Pro tip:  Wrath and Lust make excellent bedfellows.

And speaking of sloth and Ellen, this little video never gets old: