It’s May, as if you didn’t already know that, but it’s also my birthday month. Yes, I get a month this year because it is one of those b-days that end in a ZERO. I am not going to lie, I AM FREAKING OUT. I can’t even say the number, it comes out like “fuh-” and then stops. Help me. I need to work through this crippling dread so I can own that number when it actually happens on May 11. So I’m going to write out a pro and con list of what it’s like to turn fuh and feel free to add some of your own in the comments, I need you’ll more than ever.  FUHHHHHHH!!!!!! Please don’t put me out on the ice floe just yet!!!

1. Con: I do not enjoy people conversing about menopause. Yes, surprise, I am the person who will talk bodily functions from head to toe, diarrhea sandwiched by dandruff and toe jam, in all the grossest detail, but I can’t handle the hot flash jokes. For the record, I am not sure if had one yet or just have middle-of-the-night drunk sweats since they seem to happen on mostly weekends. “You would know if you had a hot flash,” I am assured by a locker room buddy, Deb, who by the way, is rocking her mid-fuh’s without trying too hard unlike another woman of similar age I know, a real estate agent, who gets puffy hair extensions and sports the second coming of acid wash(!)  jean suits(!!) that even a twenty year old shouldn’t be wearing…barf, just barf, it depresses me to look at her, hanging on to her fugly heyday that was 1985. But Deb makes me happy to join the fuh club. Menopause happens, you can’t stop the train. But I have a big beef with the term “perimenopausal,” that fancy word used to describe the onset of menopause. Your mama simply called it “going through the change” when she drew the curtains shut on a sunny summer day and laid down on the couch with a wet washcloth over her head. My friend, Flanders,who loves to remind me that she is 6 whole months younger than me, has told me for literally 15 years that every physical thing that is happening is because I am “perimenopausal.” See, I’ve typed it twice and you can’t see it but my spell check cries bullshit and is underlining it in red, so appropriate. You either have a tampon stash or you don’t, it’s that simple. What is this “peri” crap? It’s a made up term for women to feel even more badly about themselves and buy more pharmaceuticals. Fuck that perimenopausal shit, by that logic we are all peri-dead then. Ugh, fuh.

2. Pro: Age is wisdom. Why am I so afraid to say the number when my forties was the most painful, tumultuous decade of my life? Why would I want to hang on to that number? Going through my forties was like going through a second adolescence only with financial worries. It was a learning curve on a very dark highway. Everything I thought I knew to be true and right was tested by my own misguided self sabotage. Seriously, what a dumb ho I was at 40, walking around like I knew it all. Maybe the next decade will be filled with the wisdom of self acceptance. Bring it on, fuh-fiffffff…. I still don’t want to say it.

3. Con: Getting old sucks a big scaly dick that needs moisturizing. For women though, not so much for the menfolk. Those silver shards of hair that peek out around the temple are cute on a dude but not so much on a lady. Also jowly things forming. Also a beard. Also going blind and slighty deaf. Also attack of the middle pudge. Also what is that new flesh fold in the back there underneath the ass cheek? Fucking fuh.

4. Pro: I am at the tail end of the Baby Boomers, cusping on that lazy, bottom feeding Generation X crowd. The Baby Boomers, because they are so vain and ambitious, are trailblazing the way to eternal youth blasting their Botox needles through the forest of free radicals. God bless them and their  prolific nip/tucks and injections. Yes, some of them are over-done which is a good thing, their weird puffy faces make a little neck waddle look charmingly human. We can learn from their mistakes and apply the rest in moderation: A little squirt o’ Botox to soften the eyebrow scowl (and helps with the migraines, I am not kidding), a little Juvederm to caulk in the those puppet mouth lines that when left to deepen, turn into gutters filled with drool when walking towards the wind. Just a tiny bit here and there and that’s how your face can rock the aging process. Not so bad, fuh!

5. Con: I read a head-line on a tabloid at the grocery store saying “60 is the new 40” with Kris Jenner on the cover…I know, foul…but still, I love when people make proclamations like this and put it up in a bold font. You can almost believe it’s true and continue to surmise that if 60 is the new 40, then fuh must be the new 30. The thirties were my mojo years. By the time I hit 38, I was in my prime. It was good until it got bad. So if 60 is the new 40, then I’ve got another rollercoaster ride ahead of me and I don’t think I can take another decade-long chapter of crippling existential angst fuckery. 60 is 60 and fuh is fuh, and that’s all there is to it…why must we get all caught up in journalistic subterfuge? Just stop. 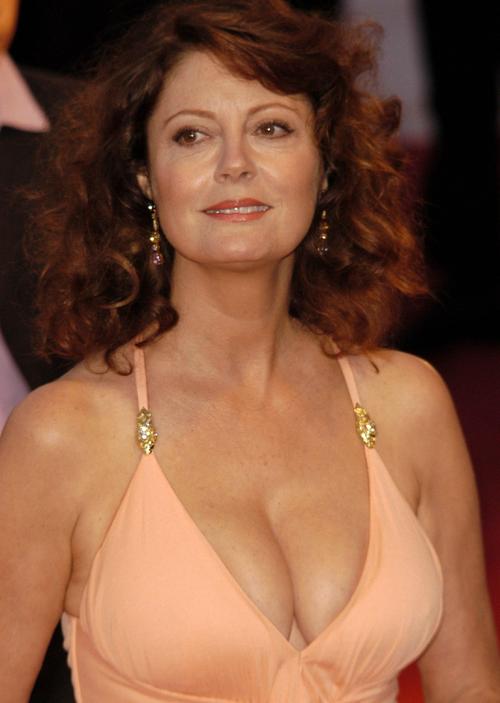 7. I don’t know if this is a Pro or a Con but my mojo has come back. I don’t what happened, but I attribute it to this restorative yoga class I take on Tuesdays. Flashback ten years, summer of 2003, when I was FORTY, I fell on the sidewalk trying to get on my bike after consuming shots of tequila. There was a loud crack as I hit the pavement landing on my ass, I had the wherewithal to break the fall with my right hand but I ended up cracking my tailbone and breaking my wrist. I didn’t know it though, and walked around broken for two weeks trying to learn how to drive my new manual transmission Mini Cooper, why does it hurt so much to shift gears? I told you I was a dumb ho when I was 40. I finally went to the hospital and they told me that while I was most certainly a dumb ho for not coming in right away, they could have just set it in a cast then instead of having to operate and reset it with a pin, it was a good thing I was drunk when it happened because drunk people fall better than sober people as they are more “relaxed.” Oh how I laughed but I was too embarrassed to tell them about my tailbone because that was what made the loud cracking sound. ALSO, I had heard the only way to fix a tailbone is for an osteopath to shove a hand up the ass and manoeuvre it from there. Not happening.

After the fall when the cast came off, I started taking yoga which is a Pro, as yoga is so much better for you than running on a treadmill like a ridiculous gerbil going nowhere. I have done Hatha, Ashtanga, and Bikram, but a couple of months ago I tried one called “Restorative” where you hold a pose for 10 minutes. And they are all done on the mat with props and booster pillows. It is like an awesome nap where you don’t feel like much is happening but lots is happening, the chakras are in full flow mode. There is one pose where you sit with your knees splayed out and the soles of your feet hold a block. You fall forward and your forehead rests on the block. After a minute, your lower spine starts to burn and get somewhat uncomfortable and then you imagine it is blocked energy getting released and as you breathe into it, things start to loosen up. I’m serious, my broken tailbone loves this activity, it’s like I sprayed a whole can of WD40 up my ass, and it’s ready to bust some moves! An awakening of mojo has occurred since I started this class and I guess it’s a Pro until it becomes a Con. And it will. If I learned anything from the Journey of the Forties is that nothing ever stays the same. Everything is in constant change. Rolling, rolling, rolling.

In the meantime, this came on my laptop screen: 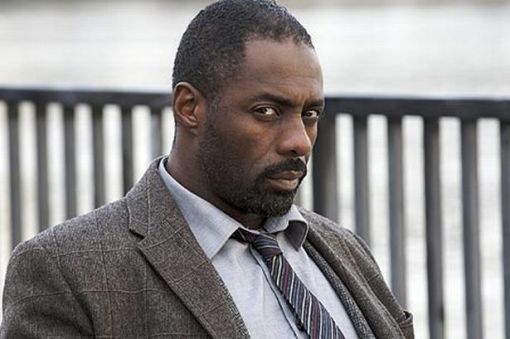 So I love my butcher because meat, but also because he tells me what tv shows to watch. A couple of weeks ago it was “Hung” which made me want to be a lady pimp (jokes…not really, still holding auditions). This week’s viewing suggestion was “Luther” a BBC series about a crime detective…ugh, barf, I hate crime shows, I can never follow the plot, even “Charlie’s Angels” was too complicated. But what the hell, that particular butcher has that sort of power over me so I downloaded it even though I thought bleccchh, “the new James Bond’ my eye. I am now Queen of Torrents which I probably should keep to myself, and I love to watch stuff on my laptop…it is so intimate. My screen is all dotted in sneeze spittle but I don’t care, it’s my portal into the wild world of interwebz and how I communicate with you.

So yeah…LUTHER IS AWESOME AND IDRIS ELBA IS TO DIE FOR! And this is the funny thing, I have seen Idris Elba in “The Office” and “The C Word” (no, I have never seen “The Wire”), and I didn’t bat an eye or put my hands down my pants even just to scratch. But watching ‘Luther?” I took to the bed after watching the first episode on the now tainted family couch…that’s me in the cover photo with ma boo sitting on my lap…and I watched the rest of them with my wagging tailbone under the covers. Oh my god, those little white beard hairs! I love him so much it hurts. In a good way. PRO!

So yeah. Fifty …Five Zero #YOLO. Bring it on.