Ask me what I’m wearing.

Gray sweatpants and a brown cardigan. Every. Single. Day. I GIVE UP COMPLETELY. This is the January Polar Vortex, kids, and I’m just trying to get through it alive through diversionary tactics.

I’ve made it my mission to see all the Oscar nominated films this year because I like to get emotionally involved during awards season. I am only a Philomena and a Nebraska away from my goal and I am hoping that Putlocker website gets both those up soon so I don’t have to endure the grossness of a Sunday afternoon matinée at a sticky repertory theatre, add that to the list of Things White People Like. You know, like standing in line for brunch and farmers’ markets.

Being a white bitch, I enjoy a lot of things that fellow whiteys like, farmers’ markets are awesome for meeting young farm hands, but movie houses with sticky floors and crusty cum-covered upholstery, I stop there. I do like to go to a theatre for the complete movie experience but now that I am old (and crusty and cum-covered), I have my standards and rules:

1. I have to see movies in the day time to avoid crowds, especially people on dates who have the tendency to talk, titter, and stuff their gob holes with popcorn and DO I EVER HATE THAT SMELL. “Buttered” popcorn smells like the slow release farts from those people who are trying to hold them in because they are on a ridiculous movie date. You cannot tell sickly wafts of warm golden topping end and the deep seeping farts begin. And also stop sucking your ice cubes like your life depends on it, they have free refills to maintain your diabetes.

2. I like to see movies alone, YES, LIKE A WEIRDO,  with the exception of going with my daughter, Evangeline. She likes to sit where I like (second tier, first row to the very right) and she doesn’t eat, drink, or hog the arm rest. She is also a walking imdb guide and will be able to hiss where we have seen a certain actor before without anyone being disturbed and even if they were, they would be grateful to know how the mute boy from “Little Miss Sunshine” has grown into a fine young diligent slave driver in “Twelve Years a Slave.”

3. I now need to go to theatres with proper parking which means I go to Cineplexes out in the suburbs, with the exception of The Carlton. Back in the day the Carlton was the kingpin of multiplexes and even though the actual theatres were tiny and absolute shite with those level seats and mini-screens, it was all glamorous and showed all the good foreign movies and had a cafe that sold actual cafe cappuccino and six-dollar Nanaimo squares! Fancy. Well now that it is 2014 and that Vegas-strip Scotiabank theatre has Imax, a wine bar, and a New York Fries, fancy, the ye olde Carlton looks like a tired old legion hall with the matching patronage (old people love matinees! I love matinees! I am old!)  but it’s SEVEN DOLLARS to see a movie, I LOVE IT SO! Also I found a secret parking spot right downtown that is free before 6pm and you will have to kill me to find out where it is.

This is not a bunch of  film reviews, relax, but here is some of the criteria I have as a theatre goer and what I believe to be Oscar material:

1. Fuck-worthy performances. I’m stuck looking at a screen for 90 minutes or so and if I am by myself, my hands are free to wander because I am not holding poopcorn or your dumb hand so hopefully something up there catches my imagination. I play that game “Would You Hit It” with myself, here’s this year’s contenders although I still have yet to see “Nebraska” and I have always loved me a Bruce Dern and am looking forward to my senior fap sessions, so pardon if he is not on the list yet:

1. Christian Bale in “American Hustle.” Time and time again, I search the internet on dating websites for the perfect fat bald guy and lo and behold, here he is. I just want to write him a fan letter saying “Don’t ever change,” but you know he will, method douche. Dammit. I like him just like this: 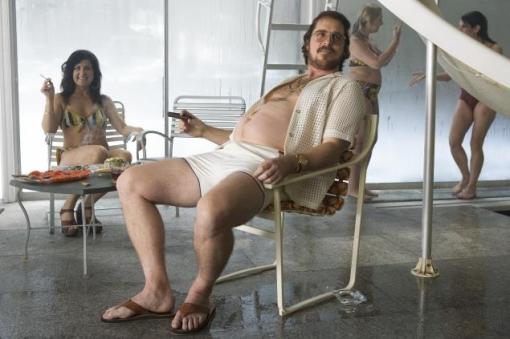 2. Leonardo Dicaprio in “The Wolf of Wall Street’ and I offer no apologies. He is the cat’s ass(hole).

3. Michael Fassbender in “Twelve Years A Slave.” Obviously.GINGER BEARD I CAN”T EVEN BREATHE! Look down but don’t look too hard or you will get lost in your dream. Or just click here real quick, you’re welcome.

4. ScarJo in “Her.” I would like to have an OS that wasn’t such a haughty cunt like that beeyutch monotone Siri. As far as the film, I tried to make it work with Joaquin Phoenix because normally I like him so, he has a certain profile angle that reminds me of someone I used know, but I couldn’t get past the high-waisted tweed trouser slacks they wear in the “near future.” Men are fucked. Girlfriend in a pocket, it’s really serious. 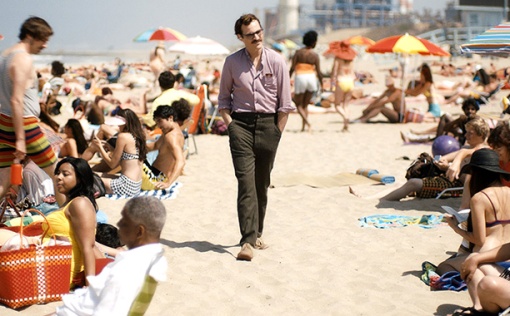 2. I need my emotions to be toyed with. It pisses me off that “Inside Llewyn Davis” was not nominated because why not? I thought Golden Coen Brothers had an in on all the awards, even though some of their films are just weird. This movie made me want a cat. That is saying a lot. I grew up with a dogmatic doctrine (ha ha) that we are DOG PEOPLE and CATS ARE EVIL. The cat in this movie charmed me! I got very upset at one point, I almost walked out, worrying about a fictional cat’s safety. I am a crazy cat person, who knew? I WANT A KITTY! LOOK HOW CUTE:

“Gravity” and “Captain Philips” toyed with my emotions, made me chew my nails off, and the latter also provided the anecdote for all the white guilt foisted upon me from “Twelve Years a Slave.” I think white people love the slave film genre because they secretly enjoy being shamed. I am probably one of those people because I saw it twice.

3. I need to laugh at least once in my 90 minute cinematic commitment. Fucking “Twelve Years a Slave” clocked in at 2 and a half hours and not once did I even get to snort some kind of emotional relief from all the misery, although I delighted silently to myself at a close up of a pig-faced white man. Director Steve McQueen (!) generally speaking must be a man of little mirth. His other two films, Hunger and Shame, are a festival of grim. LIGHTEN UP A LITTLE BIT, STEVE-O, other than that, keep up the good work: 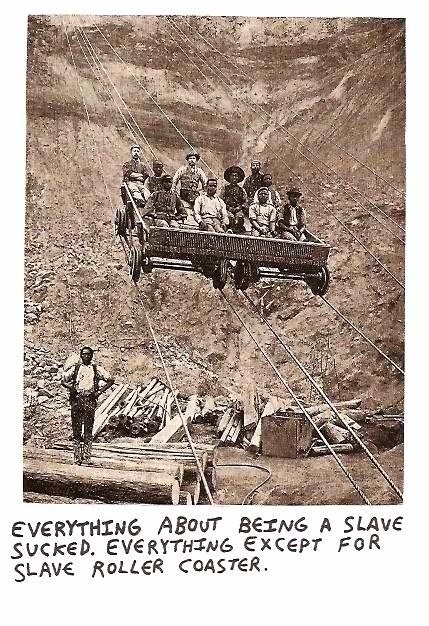 4. If you are going to be an Oscar winning film, I better be thinking about you the next day. I forgot everything about “Dallas Buyer’s Club” the second it was over INCLUDING THE TITLE that I had to just look up on IMDB under Jared Leto because I can’t ever spell Matthew McConaughey-hey-hey. That might be me in a state of exhaustion because that was the third film I saw in one day but still. Meh. Would not hit it. Hey, hey, no, no.

5. A finely crafted film must be able to suspend my belief system so I’m not questioning every detail. For example, if you were to believe to “The Wolf of Wall Street,” you can suck cocaine smoothly out of a butt crack. Would it not get all moist and gunky and create an unsnortable paste? I hate when I have to obsess over logistics like that. I have no problem believing the astronaut, the slave, the captain, and that cat got home from their misadventures safely but there is just no way that a hooker’s sweaty ass can be a proper vessel for gutter glitter. Don’t make me prove it.

And with that, here is the best 3 minutes of cinema that Oscar forgot: