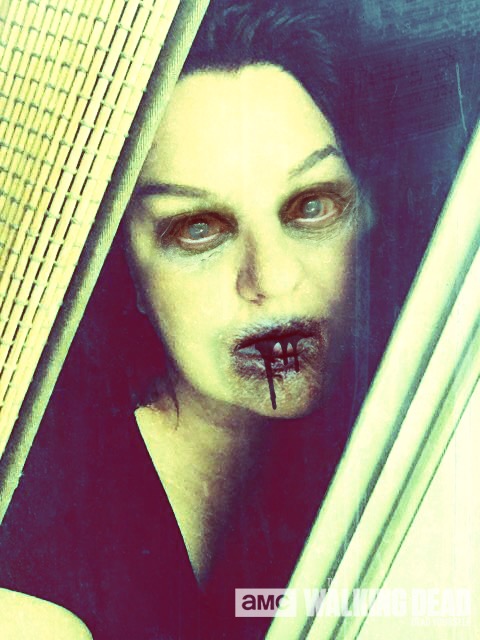 Happy New Year, my interweb angels! Hope you are enjoying your righteous January resolutions as I am mine. Drink more whisk(e)y, is my top one. Apparently brown drinks are the answer. To what question, I’m not entirely sure.  It was on my Facebook newsfeed that whisky prevents cancer and has less sugar than wine so it must be true. I’m over that whole Juiceless January cleansing ritual, it’s for amateurs.  You end up with too many lucid waking hours with more time to feel guilty about being alive and not doing the things you said you would do when you were drunk, ie. a 4 hour Zumba class for Syrian refugees at the local rec centre on a Saturday afternoon (there is no way).

Also, for Christmas I got a cast iron pan which is a first for me believe it or not, so I can make a proper steak and these taters I am very excited about. Fuck you and your kale smoothies, your lazy ass colon frightens me, do you know that whisky makes you poop? THIS gives me a starchy lady boner:

And speaking of fear, why am I zombied up, you ask?  Evangeline did this to me because she’s been bingeing on The Walking Dead for the past few weeks which I just can’t with. I tried the first episode but it did not grab moi but because she watches it in the living room (to be close to mama because she’s too scared to watch it in her room) I have the soundtrack in my head constantly. There’s hardly any dialogue on the show, a bit of hillbilly babble and the rest is all just low level guttural monster groaning/snarling/gurgling interspersed with silent bits and then bam! some really loud growl and screaming (Evangeline). You could set your watch by the ebb and flow of zombie moaning. Freddy, when he wasn’t downstairs engulfed in his own rattle and hum cocoon of PlayStation, we would huddle in my room and laugh at the predictability of it all. Then when she was done watching it on Netflix, she watched it again! AMC actually aired a 24/7 marathon of it on natural television after Christmas, and Jesus and Jose in the manger, there was nowhere to hide. Also! the hot dude with the cue cards from Love Actually is now her tv boyfriend which means there will be more zombie groaning in the future.

Normally I would rather talk about stupid vampires than entertain the mythology of  the ridiculous zombie apocalypse but I softened after seeing how pretty a zombie I am. Dem eyebrows tho! I should change up my eyeliner game and wear darker lipstick, no? According to the girl, the modern obsession with zombies is a tabula rasa for us to project our collective and individual fears upon. Zombie Apocalypse can be representative of a number of paranoias and dystopian disturbances aside from the obvious disease and death, let’s randomly list:

It turns out all my zombie fears are within my own skeletal base, I discovered this by accident. Aside from the frying pan, I also got a massage certificate for Christmas which I was so excited about since I no longer get these things covered by insurance. I know I can just bite the bullet and pay for them but I’m not wired that way. So I booked an appointment last week with a burly Mexican dude name Juan, and since it’s been awhile I thought I would opt for some deep tissue. I figure man hands are clumsy but they can dig mightily and it never occurs to them they might be hurting you when they prod into your organs. I don’t like to be a wuss so I always take the pain and let them have their way. It’s usually beneficial in the end because when it’s done, you feel so much looser. This time I should have maybe cried uncle at some point because Juan was a fearless deep sea diver of a massage artist and he probably should have left some knots stay clenched tight.

It started out fine, he let me lay face down and he poked over the blanket me like I was an interesting beached mermaid with legs. He pummelled his fists down my spine up and down and then he got the point of his elbow and jammed it into my right ribcage and exclaimed, “Oh you’ve got quite a knot in here!” It isn’t a fucking knot, I wanted to say, it’s emotional scar tissue, but I let him keep digging while the rest of me snap, crackled and popped. This spot in the middle of my right ribs is my trigger area for a repressed memory that I once buried and would have completely forgotten about if my mother hadn’t asked twenty years after the fact: “What really happened that night you came home covered in sand?”

So this happened, and I did forget about it until my mom reminded me, and it’s not a huge deal in the scheme of things but it goes to show you about how times have changed somewhat, maybe, in that if it happened today I probably would have said something instead of kept it a secret. Anyway, I was 16, my parents took me to Florida for a vacation in February. I got a sunburn at one point during the week and I slathered on baby oil that night to ease the pain, which is stupid because I think it fries you some more, but we did dumb things back then. At night on the hotel strip which was on the beach, there was a 7-Eleven and a small playground. That greasy night I went out on my own and sat on the swings and a group of young dudes were hanging out trying to score beer from the store. I don’t know what the age limit was but I had been buying beer at the bodegas in Quebec since I squeezed my first zit. So I volunteered to buy it even though I was younger than all of them and sure enough I didn’t get ID’d. It’s all in the attitude and maybe my sunburn made me look 40.

So I made a bunch of friends that night, we drank the beer in the playground for a couple of hours. One dude seemed to like me. He was one of those strapping cornfed first generation of ‘Super Size” American boys with a baseball hat over a mullet. I told him I was Canadian and he said his favourite band was Rush. Ugh. In my personal opinion, Rush was the original Nickelback, that trilling Geddy Lee voice over those synthesizers was enough to me lunge for the radio dial and kill it, blechhh, ear rape. I might be wrong, so sue me, but I was into punk and was obsessed with Blondie, Bowie, and the Stranglers back then. This dude did not interest me at all but when it was time to go home, he opted to walk with me along the beach, which I think I thought was  gentlemanly.

We got to a dark spot on the beach and he asked me if I would give him a blow job, but without a question mark. “Give me a blow job,” he said.  I’m like,” WHAT? No…what are you even thinking? I don’t even like you!” And he got all weird and he tackled me.  I was face down in the the sand and he knelt on top of me, his knee pinning me down in THAT VERY SPOT merry massage therapist Juan was gleefully untangling some thirty years later. I was winded, I remember panicking because I couldn’t breathe and I was sure he broke a rib. He managed to get his pants down, and thinking back now, was he not afraid I was going to bite? Oh, I’m going to just take one look at his fructose fatty chode and want to tenderly place it in my mouth? My dad always said if I got myself in such a predicament to grab and squeeze and twist the balls, which I did, he squealed like Geddy Lee and I managed to slither away, all slippery from the baby oil still, and run home.

My mom asked me then why I was covered in sand and out of breath and I said I just tripped on the beach. And I really forgot all about it until she asked me again a few years back. Anyway, flash forward to last week and fucking Juan and his grind happy elbow and me face down on a massage table, my face smushed in the cradle, trying to breathe through the intense pain. I started coughing, which is the worst when you’re getting a massage, but he finally eased up I got to flip over which is the best part anyway. But no, he jostled something out of me, like my growling inner zombie child, and I started hacking up a lung. That was an entire week ago! I haven’t stopped coughing for fuck sake. And my fucking ribs are killing me.

I can’t tell if the experience was cathartic or what. “You prolly have pneumonia,” my ex-husband just said.  Great, and me without a drug plan. All I know is the next massage I get will be from a lady with sweet soothing fingers. I’ll leave those man hands for other things.