This is my daughter’s creative writing homework assignment:

In the first person, write a relationship sketch between two characters.

I’m going to do this now as I’m inspired by some internet hate I got last week. I wish I were in university again because the real world sucks tiny insignificant proverbial cocks, it’s one squirt-it-in-your-eye woody hurdle after another. She doesn’t think so though, she can’t wait to finish this spring and sling beers for tips in the summer and then in the fall, backpack in Europe. She will see the sights, drink all the jaunty craft beers, eat all the crust-made-with-actual-lard covered things that don’t contain nuts or sesame (don’t forget your EpiPen, my darling!) and meet all the foreign peens and fall in love with the lot of them. There will be tall, pale, hilarious British boys, pompous French dudes with oddly enticing body odour, freaky aggro German ones, sexy to-die-for Italian motherfuckers with all bark no bite, and maybe a random hot Scandinavian-type girl with some refreshing scissor game. Oh, to be young again. The last time I went to Europe, I was the old bat I am today minus two years, I met nobody. But! The elevator in the hotello I was staying at was so fucking small and squishy, I got to brush my boobs against the back of the concierge dude as he was carrying a stack of carta igencia (toilet paper! There’s hardly any toilet paper in Europe, you have to beg for it so there’s two words you’re going to need to know, my angel baby). The elevator ride was so painfully slow that at one point, I just kind of rested them against his back, smooshing them against his ribs. I could see the tips of his ears turn purple with mammary awareness as he stood still, his back to me, watching the dial go from one to two to three to four longer than it takes to load Adult Friend Finder Live Webcams on Sunday morning, you know what I’m talking about. His hair was black and curly with silver shards, which makes me crazy, and I wanted to run my fingers through it like it was a must-do tourist attraction, way more exciting than Vatican City, right?  The sexual tension was so palpable you could bottle it and call it “Emergency Stop Button” by Dolce & Gabanna. It truly was one of those moments of time that could have turned into something worthy of a blog post you would actually want to read, what a chicken shit I have become, so it may seem. I should be ashamed at my lack of behaviour, but believe me, exercising my control was actually a small feat of self-preservation. Even though in this case, I shoulda-woulda-coulda, it was symbolic of something else, a  personal triumph of sorts.

If I could bestow a life lesson on my girl, like a method of self-preservation, whereby she is spared pain and heartbreak, I would do that, but I think somehow by osmosis or some other mysterious natural phenomenon, she is inherently smarter and wiser than me. I want to save her from having a broken spirit like mine, which has been shattered, manacled, and beaten  like every other middle-aged sad sack on the dating circuit. We were never supposed to live this long, bitches! Childbirth was designed to kill us, then the farmer would marry our much younger sister who hopefully had the wherewithal to make gooseberry wine with yeast and honey and get him drunk before they would ever get to “churn the butter,”  cuz he be old and so very, very gross.

But now we’re supposed to spawn, move on, and  swim elegantly in each other’s wholesome shit AND toxic chicken shit like farmed talapia, it’s such a mess, this pond.

I am the type of person that would see a body of water and no matter how many signs that boldly said: BEWARE OF POISONOUS SNAKES, I will go skinny dipping and swim, get bit, go back again nekkid, get bit again, then more because “fool me once, shame on you, fool me twice shame on me” is just the kind of inspiration I need for a challenging game change, THEN!  I’d get bit some more and wonder what I did wrong. Seriously, even with a SIGNPOST TO TERROR thrust in my face, I would boldly dive in. I peaked with this kind of self-destructive behaviour at 40, then it took me years of therapy to figure out what was wrong and even then, I slip up, hence The Cornfield Incident 2014. Your girl needs a life raft.

Here’s what I learned about self-preservation because telling me to not swim at all is like telling Justin Bieber not to douche, it’s in my nature :

When diving in snake infested waters, wear a wetsuit. An impenetrable one if such a thing exists, or make your own out of raw cookie dough and that hard as fuck gel shit they use in nail salons that makes you never want to masturbate. When you start to feel the feels of a set of fangs sinking heartily into your mighty upper thigh, say, swim your motherfucking sorry ass to shore, because it might feel good now, all hot and tingly, but trust, the venom is on its way.  If he hangs on, divert his attention by squeezing his tail, this seems to work with all kinds of snakes, and even puppies, and let him sliiiiide back in the water while you dry off in the sand. Oh look, there’s an ice cream truck parked over yonder. Go there and get something coated in chocolate. I know, I know, I’m more confused than you are. But at least I have a method and I am good.

So on to the internet trollage and the homework assignment I promised.

Apparently,unbeknownst to me, my world wide web in-box was hosting a Haters-Gonna-Hate Festival because last week I got barraged with a whole whack of messages, including:

“You are a whiney, vapid cunt”  Vapid? Really? That actually hurts: ICE CREAM!

“I hope you die and rot like an upstream trout”…what?  Is that what the trouts do? If I’m going to die upstream, isn’t that any worse than dying and rotting downstream? That’s a fucked up metaphor, right? I think I’d way rather upstream (closer to heaven!) than downstream (cig butts! tampon applicators! those plastic things that hold a six pack together that strangle birds and turtles! humanity’s blight on nature! all downstream, why would I want to rot there?).

Can you imagine the kind of person that would be bothered messaging such rude things to a lady whose only M.O. is to love and be loved? I can!

Here’s my homework assignment, dedicated to the all internet trolls out there, a relationship between two characters described in first person:

I hate this, and I’m bored. I wish for his sake, he’d get off the computer. I’m tired, but not the good tired like when we used to play basketball or build that fence, even when he was using that sandpaper that scratched my skin like a motherfucker. Still, it was better than all this tap-tap-tap, then stroke-stroke-stroke. Ugh, I feel like my talents are wasted. Remember when he used to draw those cartoons in grade school, all about super heroes rescuing damsels? His power was unbridled back then, I felt so much hope. Then came the real girls, and then that one girl in particular who we both liked, her skin was so soft on all her parts. The tits, especially, were like the joyous days of Play-dough, until the baby came and the whoa, they got huge and rock hard, and she wouldn’t let Dude’s lips or me and my twin touch them. Yes, I get it, I was pissed off too. The disinterest hurts, but those other times, the little pleasures, for example, when I enjoyed my index finger dipping into peanut butter and then getting licked by the Bichon Frise owned by the downstairs neighbour and because he got so drunk, I can’t remember what else happened but something felt different. And smelled fishy. There were more good times, let’s not kid ourselves. With all that diversion, couldn’t Dude have waited longer? But no, he had to make a fist out of me and pound me through the drywall, what the fuck? And then when he shoved her, with both me and my feckless twin, who seems to be only good for stabilizing the bagel when I hold the knife and cut it. Dude is mean to my twin because he likes to shock him and slice through his skin between his thumb and his forefinger cuz he’s impatient. I admit, I’m also fed up with Leftie these days, some things we can do in such harmony (remember waterskiing? rock climbing? Saxophone lessons?) but I need him especially now to pick up some slack with that wretched Dick when I’m too tired for this fucker’s nonsense. I very much need help to sweep the dark times under the rug. I’m a hand, not a conscience, but it’s too much for me.  And like I said, I wish he’d stop tapping me on that keyboard and spewing out his venom, and maybe do something like shovel and old lady’s walk way, or something for the good of society. What an asshole. Speaking of which, I think tonight, while he’s sleeping I’ll shove my fist up there and see who’s boss. 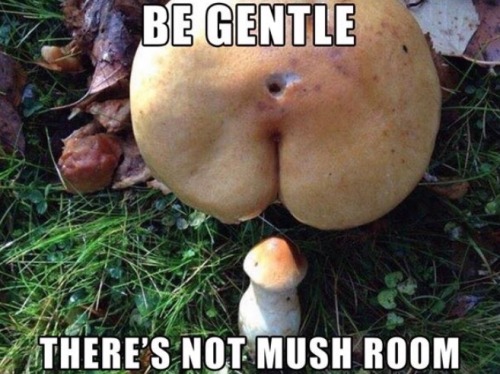