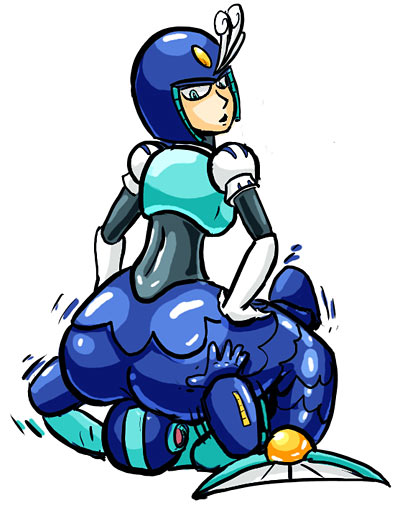 So I deleted my OkCupid account…okay “suspended” it, it’s currently hibernating like big giant grizzly bear waiting for Spring. Just so you know, during the last couple of months I was on there to “make new friends” which is legit option on the site, it’s not just dating and whatnot. Randomly, serendipitously, miraculously, and mathematically, in August I found my Great White Whale and he’s a keeper. He understands and even embraces my Myers-Briggs ESFP personality quirks: That insatiable need to deep sea dive into the bowels of the internet for all the fucked up crazy-ass antics that people hide in their day-to-day lives. The internet is not just for deep fried ramen noodle recipes, IT IS A FREAK SHOW WHERE THEY ALL COME OUT AND PLAY 24/7. I love it so.

Anyway, back tracking a few weeks ago, one of my family members sent me a barrage of Facebook messages about how my blog was inappropriate for human consumption and my gross sex life should be kept to myself and reminded me that I have children and I should be ashamed, would I talk about such things at the dinner table  and I’ll never get a job and blah blah blah. AND YET! if you can take a week off work and manage to scroll through an hour’s worth of her inane Facebook postings, you will find it littered with Kim Kardashian’s (awesome I must say) oily ass, a reposting of Jian Ghomeshi status declaring his penchant for hard-core BDSM amid all the bitstrip cartoons (no judgement but really?)…so a porn star and a dickhead misogynist, their agenda she sees as A-OK newsfeed fun and yet my cute story of shopping for sensual aids at the Shoppers Drug Mart IN THE SAME AISLE AS BEN-GAY AND DISNEY PRINCESS NIGHT LIGHTS brings shame to the family and doom to my future. I mean, seriously. Like I care. I’m a middle-aged woman with a propensity to unapologetically over-share in a blog that as a grown-ass adult reader, you can choose to read OR NOT.

In any case, I became silenced (but only temporarily, ROAR) out of shame because I am sensitive like that. And I also deleted my beloved OkCupid account because it just became tiresome, like going to the same fucking gym for 17 years and all the fantastic step classes from yesteryear have been replaced by boring ass body sculpt classes THAT DON’T DO SHIT, DON’T KID YOURSELVES. I don’t know where that analogy rant came from but you know what I mean. I have become desensitized by all the internet kink that maybe should just go back to participating in Facebook commentary, Twitterrhea, and Instagram buffoonery. SIGH.

I might be “out there” yapdoodling about embarrassing things, but on the grey scale of kinky, where Jian Ghomeshi is leather strap black, I am like a soft heather grey sweatshirt, you know the kind of faux- retro white flecked fleece they have at Forever 21. I am what they call vanilla, more or less. I have one little “kink” and thanks to the other over-sharers on the internet, I found out I am not alone. I have an ear fetish. Not your ears, don’t be sending me your ape-like lug hole pics, my own ears. I like having my ears fiddled with, even when the doctor does things to them. I had an ear infection over the summer and as a result, my left ear drum became punctured by the excess pus fluid…YES, TRUE STORY, contrary to urban legend, I did not jab a shish kebob stick in there, I SWEAR. Consequently, I’ve had to go to the hospital to have a mini hoover stuck in my ear to suck out all the  goo to keep it dry. The doctor is hoping that in time, the hole heals itself, so I can avoid surgery. I, on the other hand, am hoping this goes on forever. I get dressed up for these appointments. For one thing, can the intern be any cuter? And for another, I am in heaven with a hose in my ear canal. He barely has to flip the switch and my toes are curling, my eyes are rolling in back of my head. Last time, though, I had a different intern, a little Asian dude who did NOT get me at all. His hose technique was awkward, it kept falling out, he kept apologizing (DON’T! Shut up! Just stick the fucking thing in!) and gingerly had to placed  it back in mid-suck, so it actually hurt, and it was a big letdown. And at the end, when I demanded to see what splooged up in the Kleenex, he was reluctant and actually said: “Why? Do you have a fetish or something?” OF COURSE I HAVE A FETISH, WTF? WHY ELSE AM I WEARING FISHNET STOCKINGS IN A HOSPITAL?  Oh my God.

The internet satisfies my kink by giving me YouTube of people having their ears cleaned. You know how on every city block we have Vietnamese nail salons? Well in Vietnam they have ear cleaning salons by delicate ladies fastidiously digging away at ear canals using long, sharp, pointy instruments. Are you kidding? I am dying, DYING to go to Vietnam. In other parts of the world, they have men do this also on the roadsides and beaches, that I am not so sure about participating, but I’d like to go and watch. Holy shit, this:

RIGHT? If you watched that and got a chub then you and I are going to be really good friends.

My very first encounter with an Internet Kinkster happened innocently enough through the on-line Scrabble games. At first the site just matched you up with whoever but the people began to state their preferences for chatting or not. It took about half a minute for the fetish crowd to catch on. One day I clicked on some guy from the U.K.’s game and he messaged me: “Before we start the game, did you read my profile?” I hadn’t but went back and saw he wrote this: “Oxford student, looking for ladies of all ages. Your flatulence is my pleasure.”

This was even before meme culture gave us this: 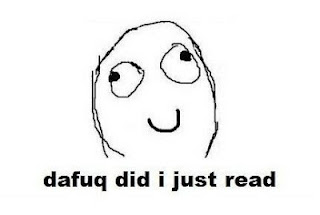 But that pretty much nailed my reaction. But dive deep is what I do and I needed to  poke this weirdo with a spear and see what kind of creature he really was.

He: “Can you describe one of your farts?” He promptly plays a good word I haven’t heard of but I am too lazy to look up and learn something new.

He is an Oxford student after all. He must be smart. he moves fast so he’s probably not cheating like I am.

Me: “This one I just had seeped deeply into the couch.” I stole that line from an old roommate when we used to watch tv and drink Diet Coke all night, she was positively poetic. This is going to be fun, I think, as I put down a decent word on the board. Scrabblecheat. com, holla.

He: “Delightful! How did it feel?” *plays “Q” on triple point* Yikes, he has a good vocabulary and can strategize.

Me: “Fucking amazing, like dynamic power of a leaf blower mixed with sweet relief of a cool breeze on a hot day.” Whatever. I plunk down all my letters in a lame place for a bonus 50, thank god because I’m already 100 points behind.

He: “Oh my God, what did it smell like?” He changed his letters and passed a turn. I never do this. I am impressed when people do. Isn’t it better to play a crummy 3-letter word than no word at all?

Me: “A very rich hunk of triple cream Danish Blue with a high note of hard boiled quail eggs.” I have nothing but low quality vowels and play “aioli.” Ridiculous.

I feel like I can hear him giggling in an out of control  British hyena accent from all the way across the Atlantic. This has to be a joke.

He: “You are an angel, my dear, straight from the heavens. Would you open your bottom on my face and let Polly out of prison?”  He plays an “X” on a double triple point.  Aaargh. I have 3 U’s.

And I think to myself: Okay, do I need a special dictionary to play with this dude? Who or what Polly out of prison does he mean? (and btw, it’s a euphemism for farting, thank you, Urban Dictionary, without you I’d probably be doing something useful like learning Spanish)  MOST IMPORTANTLY: HOW ON EARTH DOES HE EXPECT ME TO SIT ON HIS FACE FROM A BILLION MILES AWAY?

I decided to just ignore the chat and keep playing, I am gaining momentum in the game and I love a Scrabble challenge more than anything. Except having my ears fiddled with, lol. So when I didn’t respond after the next turn, dude deleted the game. At first I thought WHAT AN ASSHOLE but now years later, several million hours spent scrolling through the sea of lemon parties, goatsees, and scatpaloozas, I have a whole new respect an admiration for the early pioneers of the internet, putting their kinks and fetishes out there, hoping for a kindred spirit to fart on their face or whatever. I think about that young Oxford gentleman from time to time, especially after a bean burrito, and wonder if he ever found his Polly. I hope so because if there is one thing I learned from the Wild World of the Webs is that there is a lid for every pot. And a bunch of toys too.