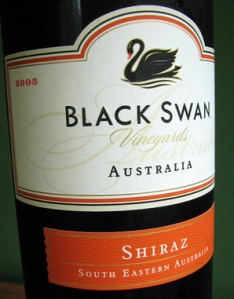 Two more weeks to go!  I miss you, baby

We are half way into Hooch-free January.  For me, at least, it’s been an interesting fortnight.  I’ve been having strange and vivid dreams which I probably always used to have but were diffused by a wine soaked fog.  The Beach Alliance Theatre at Queen and Kingston Road which is down the street from me, has gotten  its act together and is showing non-Disney movies for a change so I’ve been catching up on my film-going now that there is a surplus in my entertainment budget.  On the weekend I finally saw Black Swan.  I’ve been avoiding it because for some reason I had the preconceived notion that it was science fiction, a genre I hate because I can’t follow the plots.  My dreams are more cohesive than that mess from that summer with the title that’s impossible to remember and I’m dead sober.   Inception!  I had to google it.  Anyway for Black Swan, I saw a clip where Natalie Portman is sprouting feathers.  I thought it was going to be like The Fly meets Fame but it was more like Rosemary’s Baby meets My Strange Addiction.  I classify as a horror teetering on comedy.  The common elements of this hybrid genre:  mean mother, bitchy locker fights, Winona Ryder in a cameo, evil sexy man (Vincent Cassel looking less reptilian than usual, I’d hit it) lesbian sex scene, and morphing body parts.  I was too scared to laugh though but had I have been drinking I probably would have found parts of it funny indeed.  But I won’t give it away if you have seen it, although I will warn you:  Natalie Portman’s character is an obsessive compulsive skin picker and it turns out to be contagious.  I’ve been scratching my right shoulder-blade like her ever since I saw this movie.

All that scratching made my shoulder look like this.  Freaky….or I just forgot it was there: 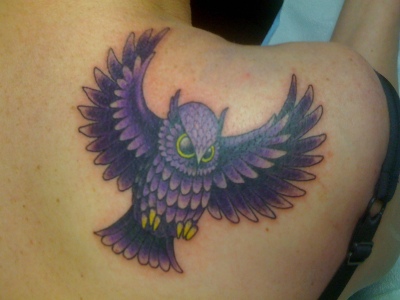