This week I was talking to my old buddy, Jesus (not that Jesus, my Jesus, Jesus of the Junction) and he was telling me about how frustrated he is going on dates with these women he meets on Plenty of Fish. My Jesus is in his forties and he has never been married. He is sick of GAME PLAYING. You know that is my biggest pet peeve about menfolk: I hate it when they say how they can’t stand “drama” and “game playing” when drama and game-playing is how we roll in the great cluster fuck that is the human race.  If it didn’t work that way, we’d all still be sea monkeys, it’s the Darwinian way.

He said: “I usually go out with much younger women but lately I have been focussing on older, single 45-year old moms. I figure we’ll go out on a date, if we have a good time, we’ll go home and bang it out. We’re old, man, we can fucking figure out if we like each other or not.  What is it with these women and their rules? Fuck man, WE’RE OLD!  I don’t have time for this shit!”

I know, right? When he was telling me all this, I tried to recall The Rules and thought to myself: “Jesus Christ, Jesus, what is your problem? You’re just soooooo old, you can’t possibly wait for the third date?” I felt bad for him though, the pain was in his face, and if there was a big enough napkin around, I would have given him a quick little handjob. A handjoblet, as it were, just for some lukewarm comfort. I am compassionate that way. With a name like Jesus, I bet he has one of those stress busting rockets I like so much so it would have been win win.

I thought about what he said for a couple of days though. While I am a lady and I understand the fundamentals of playing the waiting game, but like Jesus, I am an impatient ho and not one to be confined to too many rules. I read Steve Harvey’s book “Act Like a Lady, Think Like a Man” and I probably sacrificed 20 I.Q. points for it, it is THAT dumb. According to Harvey, women should wait like, 6 months before putting out and for what gain? So they can finally have sex with a dude who has been having sex with other women for 6 months while you have been spinning some clever little web that you think is going to lead to marriage with some “quality” fuckarrhea? Not smart hockey at all.

I respect Jesus’s primal need to “bang it out” on the first date. Why would you want to waste any more time than possible sitting in a bistro after bistro, collecting farts while you try and make small talk? With every inane topic, like how you always cry when you watch “Marley and Me,” a subliminal subtext of how tragic your life really is has been planted in the other person’s brain, processed, and filed into the “not banging this tonight or ever” category. Dating is just so damn depressing. This is why Jesus’s Bang First, Explain Yourself Later strategy might be the smartest hockey for old bitches on a first date.

But how can Jesus and all you other dudes out there get what you want in the timely manner in which you want it?  You have to convince her that it is her idea, obviously. Most ladies of a certain age will not suffer a fool for all steak dinners at Harbour Sixty, they have been a few rodeos and know the whole thing always ends up with painful crotch burns.  I might not be an expert on the art of seduction, that seems too complicated and European ridiculous, but I know what puts ants my pants and hurries things along and can be done over beer and chicken wings in any dump of your choice. If there’s one of me, there has to be thousands more with same responses. Here, read, learn something, go forth and get ready to start pounding from the back:

1. Don’t even bother to lie. The bad news is that seasoned smart ladies know when you are bullshitting, like you are “in between opportunities” and doing some “consulting” in some vague field like “marketing management.” The good news is they’ll rationalize just about anything, like that you are unemployed still live in your mother’s basement, for some decent bone. Remember, women in their forties are horniest people on the planet so rest assured,you have targeted the right group, son. In order to score with some young chick for the first time, you have to make up a pack of lies, write them down on a list and stuff it in your wallet, then figure out what douches dress like and get some new pointy shoes, a leather jacket, some skinny dark wash jeans, probably borrow a car, and money even. Then you get to go on a SUCCESSION of the most boring dates in history where you have to listen to her talk about those inane things but she puts a question mark at the end of everything? She says it like this: “Oh my God, every time I watch Marley and Me, I cry at the end?” And you don’t know if you if it is a statement or a question? And should you answer? So you tune the fuck out just because you think there is a pot of gold at the end. Are you stupid? That is not rhetorical. Yes, you are.

Old bitches don’t talk like that anymore, their inflection stays steady after years of asking questions that don’t get answered. And they don’t want to see your dumb ass in those skinny jeans so just don’t. Wear your regular jeans (Levis 501s, I’m telling you) and a plaid shirt (I’m begging you) and don’t overthink your game plan. Go with the flow and do not get attached to the outcome because that is what will lead to despair which is you on your desktop fapping into your filthy gym sock watching LiveJasmin.

2. Compliment wisely.  Do not say anything stupid like; “You look beautiful.” That is a generic word reserved for European men with English as a second language. Everything is beautiful. Even just this morning I went to pick up my dog’s dainty turd and admired its dry and compact texture: “That is just beautiful,” I said out loud, which is why I am known as the crazy pyjama lady of Brookmount (the street Betty poops on). Tell her she is “hot” or “fierce.” These are power player words that make things happen. “Fierce” once made me go home with a dude who had a busted face and no front teeth. Because he was a hockey player. So hot.

3. Have a funny childhood story to tell.  Just don’t tell that one about how your mother beat you with a wooden spoon because you let your little sister get stung by a bee and then the rest of your childhood memories were completely blanked out after that. There’s not enough lactating women in the world to soothe that savage beast. Instead tell a little story about your first crush in kindergarten, Debra Jo McMakeitup so it sounds adorable that you still remember her name after all these years. Tell us about how you pinched her, then pulled her pony tail. We will be captivated by what happened next, how did she react? She cried and you had to stand in the corner for all of recess. Then she moved to another city because her dad was in the mining industry and you don’t know what happened to her but you searched her on Facebook (trust me, that will make us wet our pants that you still think of the one who got away) and you think you found her but she still hasn’t accepted your friend request, so maybe it’s not the right Debra Jo LeWhatever. Copy, print. You’re welcome.

4. Find something yonic on your plate and eat it like you mean it. What’s yonic? You know I can hear some of you reading this out loud in your outdoor voices. Yonic is VAGINA SHAPED! There’s nothing hotter than a guy who eats everything and anything with gusto. I have only one hard and fast rule about what is a deal breaker and it is this: PICKY EATERS ARE NOT ALLOWED ON THE VOYAGE! Also if you are on, or have ever been on a colon cleanse, keep it to yourself. Pro tip:  When eating with a lady you want to bang, find something on the plate like a perogie or a fig or even a chicken wing…let’s go with a chicken wing that’s shaped like a safetypin, not the drumstick because that’s what I will be sucking on to show my prowess. Take the safetypin wing in both hands and lick it on it’s side, then quickly take a tiny bite, chew that one slow, swallow and then push your tongue through the remaining meaty bit so the tip shows between the tiny bones then suck all the flesh into your mouth. Be a bit of a pig about it, as long as you ate the carrot and celery sticks like a gentleman so we know you’re not a complete Neanderthal. Lick your fingers, too. The more we see your tongue flickering around, the juicier our beef brisket slow cooks in the crock pot that is our lucky underpants.

Sigh. You know, it’s that easy.

Okay that is about all I got for now, gotta go, I have something burning in the oven. 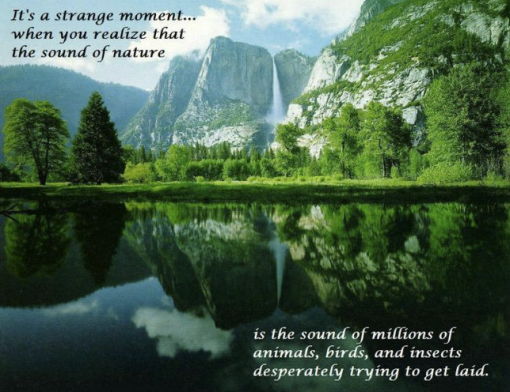 She looked like a movie star today, not quite ready for her closeup 💜 #magnolia