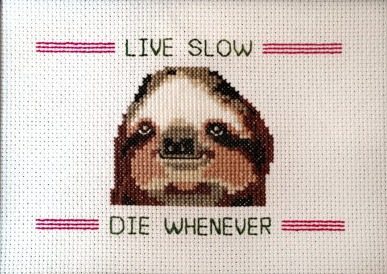 Happy summer daze, kittens! I’ve missed you more than you know but I’ve been busy with some other interweb activity for a group of cute dudes who asked me to write things for their website about Toronto neighbourhoods. They asked me nicely so I couldn’t so say no but it’s a lot of work. It’s research intensive and then I have to digest and  ruminate before I spew things out to sound less Wikipedia-ish and more like that Drunk History You-Tube channel. I love it but it’s a brain workout and it’s going slower than I would like. People assume my stream of consciousness style comes out easily like a prolapse after Pride weekend but it doesn’t. It puckers up and gets shy. Sometimes I just have to take a break from reading about John Simcoe’s pissing contests in the 1700s and stop and stare at the wall. For about two seconds. And check out OkCupid. Pretend I don’t notice my OkC crush in on-line and not responding to my message. Freak out a tiny bit. I don’t need a dude to complete me. Especially one who drinks wheat beer. Deal breaker. I need a snack. Then go on Twitter and stalk the food truck situation within a 5 kilometre distance. Too much effort to collect rogue toonies and loonies around the house for $12 order of mad-fried chicken. Play with my bean instead, get temporary carpal tunnel, wash my hands (not really), repeat.

The worst is I’ve been neglecting y’all, and when I neglect you, I neglect myself. So I’m taking a break from procrastination to sit down and gab for awhile to get my fingering motor skills back in order. I’ve been thinking about procrastination a lot lately and maybe it’s not such a time waster as it is a way to recharge the old battery, maybe people need to put things off because everything is so chicken-with-head-cut-off-rush-rush sense of urgency bullshit. Although, I bet John Simcoe, during his 58 years on the planet, didn’t have to procrastinate all the live long day while introducing institutions such as the courts, trial by jury, English common law, freehold land tenure, and the abolition of slavery …why? Because he wasn’t on Facebook, let alone OkCupid or Tinder. He got ‘er done AND founded a little town called York, now  known as Toronto btw…and he probably never abbreviated anything either because there was nothing but time back then. And vast swamp land to create a massive village of future finger-fapping, screen-addicted, orally-fixated, anal-probing (not me! you know who you are), citizens with ADD, ADHD, OCD and insomnia. Well done, sir.

I feel like most of us should live slower in order to disguise the fact that we’re actually procrastinating. I am sure this is how most people with 9 to 5 jobs actually function. I know this for a fact because they always have their green lights on during work hours. Busy bees checking out cat videos all the live long day, pretending to be productive.

My thoughts on time management: I have a real problem with dismissive people who say things like “You’re wasting my time” for being slow or asking questions when their time is as useless as anyone else’s. Time isn’t ALL THAT. My fucking crazy pregnant neighbour down the street probably spends the better part two hours every morning stuffing a bump-it in her hair and creating a cascade of blond tomfoolery so spectacular, it would take your breath away if you saw it IRL. This is precious time she can’t get back but she does it for whatever reason floats her boat. You can just tell her husband is dying of embarrassment when he walks her lumpy bumpy, sausage-encased self over to Starbucks every morning, waiting impatiently for that baby to come out and scream WTF? right along with him.

Anyway, here are some procrastination activities I’ve come up for yourself that I deem worthwhile and can maybe help get the creative juices flowing, but probably not. Go waste some time:

1. Watch the movie “Chef” on Netflix.  Jon Favreau as a hairy fat man has finally got my full attention. I am in love. Hot, hot, hot, but! Also: this movie inspires me to cook. Especially that Cuban sandwich he makes on his food truck. I need to have that NOW, the way he fiddles with pulled pork, help me Jesus. I do like cooking kind of, but I take too many short cuts which always leads to something too crunchy or not caramelized enough. The other day I watched my friend Lo make a quiche. Not only does she NOT multi-task, she makes fucking Caesars in between each chopping activity, tells a story, then moves on to the next step. THIS IS HOW WE NEED TO LIVE OUR LIVES.  Slow your pie hole down, and make the entire day a slow eating and yap-doodle day.

2. Drink beer with the neighbours.  My neighbours and current tenants are the best and I’m very lucky and grateful to have them so it makes good common sense to maintain these friendships. Especially in the summer when you can walk outside and drink some beers with them whenever procrastination hits fever pitch. The neighbours are always busy hand picking out rogue clovers or other non-conforming spritely weirdlings in their garden and perfectly trimming the sides of the grass against the entire walkway so the blades don’t stick out willy nilly. Can they cut hair? No, no they can’t, or at least they won’t. But they will help me pull out that pernicious weed that has taken deep root around my Rose of Sharon and imitating its foliage so it strangles it like an ugly jealous step-sister. They will proceed to yank out more weeds because the OCD sets in. This is thirsty work that requires refreshments during and afterward. The tenants also make delightful Pimm’s cocktails from the mint grown in the backyard garden, so it would be rude not to except an offer of one.  Also I feel like John Simcoe would approve of this procrastination activity as he gave all east end land in olden day York, including the lot I’ve parked my arse on, to the gardeners of yore.

3. Clean something, anything. My daughter wrote a list of what to clean and she was very generous in saying that we can do one area once a week. I cannot possibly go on a cleaning frenzy that lasts more than 2 hours. I always say I gave birth to my own mother but my mother would never write a list like that, she would just do it all and you would come home and take it all for granted, all the sorted socks and ironed underwear, and yes she read my diary but whatevs. Anyway, my daughter has been moving from the back end of the house to the front “doing ALL the work, FFS” except that I cleaned out the fridge and freezer the other day. It wasn’t that hard, I don’t why she makes such a fuss. So much forgotten ice cream though which is tragic because it gets gummy with those hard crystals on the top. DNR and toss but not before scooping out the bottom inch and zapping in the microwave for 10 seconds and a have break while watching “The View.”

4. Shop. I’ve been in an anti-shop mode for the last couple of years. I’m pretending to make a stand against excessive consumerism but it’s really because I’m broke as fuck.  But! I have found that rifling through the endless racks of a department store so serenely contemplative that I don’t know why I stopped doing it just for the sport. I guess I was afraid I’d be tempted to buy something stupid except that I realize now I don’t have to, I have the power to say no! I think your nan called it “window shopping.” Possibly all that OkCupid scrolling has trained me to thinking you don’t have to bone everything you send your veiny boob pics to. This is a very liberating thought.

5. Have a nap.  It’s so cute, I wish you could see what I’m looking down at now. I’m on my upstairs balcony writing this on a lawn chair under a shade tree, my backyard is like a camping spot, it’s really very nice and peaceful.. My tenants are on their deck laying eyes closed and tits up in reclining lawn chairs with their dog flaked out at their feet and they’re all having an afternoon siesta. Yes, they are probably in a Pimm’s induced coma but they spent the whole morning clearing out all the beer cans from the night before. I need to Instagram this before some little asshole Pomeranian-cross bitch with a smoker’s bark wakes them up. Goddamn, too late…oh, Betty.

THIS IS HOW TO PROCRASTINATE, BITCHES #GOODTIMES.